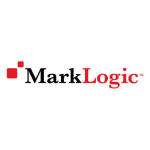 Posted at 12:38h in by fiberguide 0 Comments

“We are excited to be one of the first vendors to deliver containers built with Red Hat UBI, bringing our customers a more reliable way to deploy MarkLogic in containers,” said Joe Pasqua, EVP and Head of Products at MarkLogic. “MarkLogic has always been compatible with container technologies like Docker. Now, with containers built on Red Hat UBI and distributed through Docker Hub, the image building process is standardized, following best practices from Docker and embedding the right level of enhanced security and image layering to provision an efficient and effective MarkLogic environment.”

The NoSQL, multi-model MarkLogic database makes developers a priority, with the goal of providing a fast and iterative way to integrate, store, manage, and search data. By combining MarkLogic and containers—and now Red Hat Container Certification —developers can build, test, release, and iterate code even faster and more reliably. Certified MarkLogic container images are supported by MarkLogic in collaboration with Red Hat, and, with automated builds, users will always have access to the latest updates.

Data integration is one of the most complex IT challenges and our mission is to simplify it. The MarkLogic Data Hub is a highly differentiated data platform that eliminates friction at every step of the data integration process, enabling organizations to achieve a 360 view faster than ever. By simplifying data integration, MarkLogic helps organizations gain agility, lower IT costs, and safely share their data.

Organizations around the world trust MarkLogic to handle their mission-critical data, including 6 of the top 10 banks, 5 of the top 10 pharmaceutical companies, 6 of the top 10 publishers, 9 of the 15 major U.S. government agencies, and many more. Headquartered in Silicon Valley, MarkLogic has offices throughout the U.S., Europe, Asia, and Australia. For more information visit www.marklogic.com.