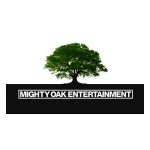 Posted at 14:10h in by fiberguide 0 Comments

LOS ANGELES & ATLANTA–(BUSINESS WIRE)–Former MGM Television President John Bryan and entrepreneur and KDOC–TV (Los Angeles) owner Bert Ellis, Jr. have purchased 50% of Mighty Oak Entertainment from Mark O’Brien. Bryan and Ellis have joined the company as President and Chairman, respectively. Mighty Oak Entertainment is a highly profitable clip-based sports programming company started in 2005 by O’Brien. Its major hit, “Whacked Out Sports,” is the second longest running ‘clip’ series in broadcast history next to “America’s Funniest Home Videos.” The company has a vast library of over 578 episodes, which are viable in traditional, digital and streaming formats. Mighty Oak is well-known for pioneering the acquisition of sports clips and has become the leading aggregator and owner of sports clip content.

The following programs are in active development: “Weekend Workout,” “Whacked Out TV,” and “Workout Freaks,” with more in the pipeline.

Mighty Oak is exploring growth opportunities in traditional/digital media and in the ever-growing sports betting space. Sports clip content can enhance the digital interfaces of sports books, news sites and related service providers seeking to ramp up their entertainment content.

“This partnership with John and Bert is an opportunity to take our areas of expertise and bring them together to build a multi-platform network of content for the global marketplace. We have over 10,000 clips with music licensed in perpetuity that is available for all areas of distribution. We each bring unique skill sets to maximize the library, expand titles and create new IP. I am honored to be in business with both John and Bert,” stated O’Brien.

On the partnership, Bryan states, “Sports is a global and universal vertical of entertainment that is wildly popular. We see the strong potential to monetize the existing library and develop new formats and content. To have an evergreen library, free of rights issues is a powerful position to be in, since demand for content is increasing in the worldwide marketplace.” Ellis adds: “Mark’s vision to amass both clip and music publishing rights has become a big success. Now, we have the ability to take both sets of rights to market while continuing to create content that is vibrant, funny and of interest to viewers around the world on screens of all sizes.”

John Bryan was most recently President of Domestic Television and Distribution at MGM and founded John Bryan and Associates upon leaving the studio after 12 years. There he has been serving the needs of traditional broadcast and digital platforms for maximizing growth and audience attraction and retention. In addition, Bryan spent 17 years at Buena Vista Television in the role of EVP of Sales. Prior to that, he was an executive at MTM Enterprises where he was involved in launching such shows as “Remington Steele” and “St. Elsewhere.” He also worked at Warner Bros. Television launching various syndicated shows such as “The Dukes of Hazzard.” He is a pioneer executive in digital-multi cast networks with a keen eye on the expansion of content on numerous platforms globally.

Bert Ellis is a serial entrepreneur and investor, who also serves as Chairman and CEO of Ellis Capital, a consulting and investment firm focused on the media, technology, healthcare and fintech industries. He takes on various roles, including sales, operations and strategic planning with great successes for his investors. Ellis serves as CEO of KDOC-TV in Los Angeles and co-founded and serves as president of Titan Broadcast Management. He has credits as an EP on numerous films, is active on various boards, and was a founding investor and board member of WebMD as well as Act III Broadcasting, Ellis Communications, and NRJ Broadcasting.

Mark O’Brien spent over two decades as a development and content sales executive for Warner Bros. Television and left in 2005 to start Mighty Oak Entertainment. At Warner Bros, O’Brien licensed such notable off-network series to the domestic market: “Friends,” “ER,” “Two and a Half Men,” as well as first-run shows “Ellen,” “The People’s Court,“ and “Extra.” Mighty Oak’s mission is to produce and license high-quality, high-volume series for multi-platform use worldwide.
Contacts
Lynda Dorf
LD Communications Marketing and Strategy
424-645-4620
[email protected]