Zoom Telephonics, a supplier that sells retail cable and modems under the Motorola brand, is set to combine with Minim, a Wi-Fi network and security management company started up by execs hailing from Dyn.

Under a proposed deal announced late last week, the companies will merge in a non-cash, stock transaction that values Minim at $30 million. The deal is expected to close by the end of 2020. 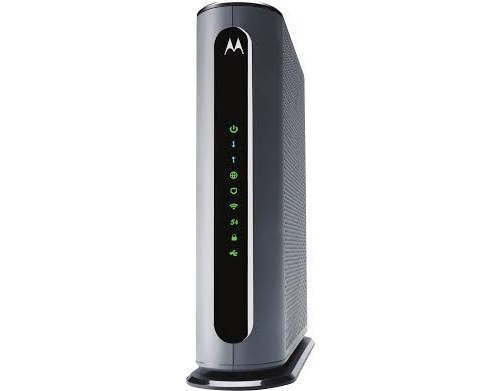 Zoom Telephonics has been riding a sales wave since obtaining a license to use the Motorola brand. Picture shows the Motorola MG8702, a DOCSIS 3.1 gateway with 802.11ac Wi-Fi.

The transaction comes together a few weeks after word spread that Zoom Telephonics had entered exclusive talks with Minim about a possible merger.

According to an October 14 SEC filing, Manning, Kramer and Donovan all sold respective shares in Zoom.

Former Zoom Telephonics CEO Joe Wytanis, an industry vet late of Cisco and Scientific-Atlanta who tried to open up direct cable operator sales channels for the company, departed in May.

The new company will combine under a new leadership team led by Minim CEO Gray Chynoweth and Minim chairman Jeremy Hitchcock, execs who both track back to Dyn, a DNS provider acquired by Oracle in 2016.

Hitchcock founded Minim in the wake of the Mirai botnet that temporarily took down Dyn, and infiltrated millions of insecure IoT devices, including cameras and routers through commonly used username and password combos.

Speaking on Zoom Telephonic’s Q3 earnings call last Thursday (November 12), Hitchcock said the combined company will offer an integrated package of connectivity hardware outfitted with Wi-Fi management and security software that, together, will establish a more valuable product. Prior to the deal, Zoom Telephonics built Minim’s software into the Motorola MH7020 Wi-Fi router.

Chynoweth, previously the COO at Dyn, said on last week’s call that the merger will transform Minim and Zoom Telephonics into a hardware/software business that will utilize Minim’s subscription revenue model for Wi-Fi and security systems and software. Having both the software and hardware pieces could also help the new company accelerate product development.

Focus on own Motorola ‘hero’ hardware, support for open platforms

Minim has largely focused on direct sales to ISPs, with a particular emphasis on wireless ISPs. Minim, which competes from the software/smart home management perspective with companies such as AirTies, Plume and Calix, says it works with more than 120 ISPs serving some 2.35 million customers. Minim is also a partner of Microsoft’s Airband initiative.

In a separate interview, Chynoweth said the combined company aims to open up more service provider doors, including opportunities with Tier 1 operators, by using a “hero” platform that ties together the company’s own Motorola-branded CPE and Minim’s management and security software.

“We work on a lot of different types of hardware, but we need to have one combination hardware/software package that really nails the value proposition for those Tier 1 and Tier 2 operators, and we think we’ll do that with this combination,” he said.

The newly combined company will also continue Minim’s global distribution strategy, which factors in the company’s relationship with Irdeto – in 2019, Minim and Irdeto teamed on the development of a smart home security offering called Trusted Home.

“We are committed to having a hero platform with Motorola [hardware], but ensuring our software can live on anyone’s CPE is a goal of ours,” Chynoweth said, noting that those efforts will involve multiple hardware manufacturers as well as open platforms.

With respect to platforms, Minim joined the prplMesh initiative in late 2019, linking it to a group with a membership base that includes Arris/CommScope, Broadcom, BT Group, Hitron, Intel, Sercomm, Verizon and Vodafone.

Minim also confirmed that it is working on an RDK-B integration with another, yet unnamed hardware vendor, and that it has long-term roadmap plans for RDK-based Motorola devices. RDK-B is the broadband version of the Reference Design Kit, an open source, preintegrated platform for CPE that’s run by a joint venture of Comcast, Liberty Global and Charter Communications.

Founded in 1977 and based in Boston, Zoom Telephonics has primarily focused on retail channels (including Amazon Best Buy, Target and Walmart), competing with suppliers such as Netgear, Arris/CommScope and Linksys.

Zoom, which had legal entanglements with Comcast and Charter Communications over the years, has attempted to establish direct sales channels with cable operators and other broadband service providers, but those efforts have largely come up empty.

The combined company will continue to sell Motorola-branded products, a result of Zoom’s still-standing agreement with Motorola Mobility for products such as cable and cellular modems, DSL modems and MoCA (Multimedia over Coax) adapters. Chynoweth said a plan is underway to rebrand the merged company and change the ticker symbol (Zoom Telephonics currently trades on the over-the-counter market under the “ZMTP” ticker).

The company, which has shifted most of its manufacturing to Vietnam in order to sidestep US-China tariffs, said it saw a 45% increase in retailer inventory demand in the quarter, aided by an increase of people working and schooling from home during the pandemic.