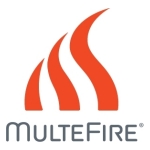 “The XGP Forum has long-supported the development of 1.9 GHz in Japan and we see this as the next evolutionary step in the continuing of the legacy LTE ecosystem,” said Yoshiya Iribe, secretary general, XGP Forum. “Vendors in Japan now have the ability to reduce system costs and achieve quick time-to-market. Only small modifications at the eNodeB side are needed to obtain co-existence with existing DECT and PHS systems in the same band. The 1.9 GHz Certification Program will give end users confidence that their devices will work.”

The MulteFire Alliance is an international association dedicated to building a global ecosystem in support of the common interests of members, developers and users in the application of Long Term Evolution (LTE) and next-generation mobile cellular technology, such as 5G New Radio, in configurations that use unlicensed or shared radio spectrum. For more information about MulteFire, its benefits, or how to become a member of the MulteFire Alliance, visit www.MulteFire.org.
Contacts
Lori Mesecke
[email protected]