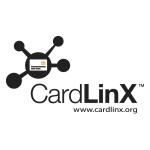 Posted at 11:30h in by fiberguide 0 Comments

Data Forums Launched in the United States, Canada and United Kingdom for 2019
SAN FRANCISCO–(BUSINESS WIRE)–#O2OSurvey–The CardLinx Association today released new data from the 2019 Card-Linking and O2O Industry Annual Survey and announced new commerce data forums in the USA, Canada and The United Kingdom. The 2019 CardLinx study reveals the rapid growth of card-linking and online-to-offline commerce with 44% of participants reporting over 100% annual growth in card-linked transactions.

“Card-linking is now firmly established as a key part of the digital advertising mix for merchants and other advertisers. Many of the largest banks in the US use the technology and leading mobile apps around the world have also become adopters.” said Silvio Tavares, CardLinx President and CEO. “Card-linked marketing has the ability to reach most consumers in the US and we are seeing rapid adoption in the largest national markets in Asia and Europe. The popularity of card-linking is driven by the consumer’s and merchant’s preference for opt-in advertising.”

Card-linking refers to the technology enabling the linking of a consumer’s mobile app with a payment card or mobile wallet used for offline/in-store purchases. Examples include Rakuten In-Store Cash Back Offers and Groupon+. CardLinx Association members and survey participants include Microsoft, Rakuten, Samsung Card, Capital One, Sumitomo Mitsui Card Company, Mitsubishi UFJ Nicos, Hilton, AEON, Mastercard, and JCB among others.

Card-linking Growth Hits Mature Scale in USA
In 2018, the majority of respondents had their card-linked transactions grow more than 100%. In 2019, 44% of the respondents reported the growth at more than 100%. As many large US banks have already implemented card linking, hitting triple digit growth has become more difficult to achieve.

CardLinx today announced three breakthrough conferences on data and digital commerce and featuring executive keynotes from global leaders including Microsoft, Mastercard, Rakuten, FIS, Moneris and RBC among others. The all new, exclusive and senior executive level conferences will take place in Washington D.C., Toronto, and London in rapid succession across the last 3 months of 2019.

December 3, London – CARDLINX EUROPE: DATA AND COMMERCE THE NEXT FRONTIER

CardLinx Forums focus on cutting-edge technology, executive-level engagement and strategic collaboration. These events deliver a community of decision-makers from leading companies across the globe. To learn more and register click here.