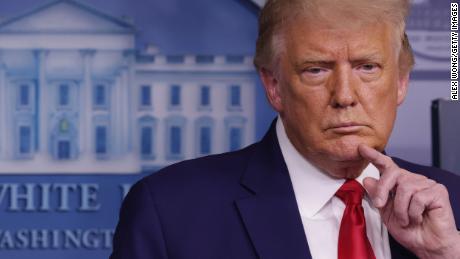 If the US government approves the deal, TikTok would become a global company with headquarters in the United States, the person said, while Oracle will host TikTok’s user data and review TikTok’s code for security.Walmart may still have a role to play in the deal as a possible minority investor and e-commerce partner, the person said, but no final decision has been made.Under the proposal, the US government would approve members of TikTok’s board; one board member is to be an expert in data security and would hold a top-secret security clearance, according to the person. That appointee would also be responsible for chairing a security committee whose members would be US citizens individually approved by the US government, the person said. The global company is expected to file for an IPO in about 12 months, the person said, with plans to be listed on a US stock exchange.NBC News was first to report the details of the board structure. The structure of the deal reflects a revised term sheet that the US government sent to ByteDance and Oracle late Wednesday, which the companies have accepted, the person said. Bloomberg first reported the revised terms.The terms of the agreement could provoke pushback from President Donald Trump. At a White House press briefing on Wednesday, Trump indicated that he was opposed to the prospect of ByteDance retaining a majority share in TikTok. “Conceptually, I can tell you I don’t like that,” he said. “If that’s the case, I’m not going to be happy with that.” The deal must still be approved by Trump, who is expected to receive a briefing on the details Thursday.Trump’s cabinet officials were briefed on the deal Wednesday, the person said. Treasury Secretary Steven Mnuchin, Commerce Secretary Wilbur Ross and Attorney General William Barr appeared to be supportive of the proposal, according to the person, while Secretary of State Mike Pompeo was described as “neutral” on the deal and requested more details on how TikTok data would be protected. Pompeo later expressed his support for the deal to Trump in a meeting on Thursday, the person said.Meanwhile a raft of lawmakers have weighed in on the proposal, with Sen. Josh Hawley — a vocal critic of TikTok remaining under ByteDance’s control — urging that it be rejected. “The available evidence compels only one cotnclusion: ByteDance has no intention whatsoever of relinquishing ultimate control of TikTok,” Hawley wrote in a letter to Mnuchin on Monday. “That is precisely the problem that the President’s action sought to solve, and it is that same problem that the proposed Oracle partnership leaves fully intact. In short, the proposal violates the President’s executive order.” Sen. Marco Rubio said Thursday he had received a briefing on the deal from Oracle and the Treasury Department, calling it “informative.””The only thing that matters is whether we are protecting the personal & consumer data of Americans from being collected by &/or diverted to #China,” he tweeted.