The naming of a new supplier by Dish Network is always an occasion.

Founded by US billionaire Charlie Ergen, Dish is the avant-garde chef of the US telecom market, plating up an eclectic mix of American and Japanese ingredients for its forthcoming mobile service.

Like its Japanese counterpart Rakuten, it has grabbed attention as a “greenfield” developer willing to bet on non-traditional suppliers touting new-fangled technologies.

But for the “core” of its 5G network, it has plumped for a provider as traditional as they come: After weeks of anticipation, Finland’s Nokia has landed the important contract to provide the brains of the Dish system. 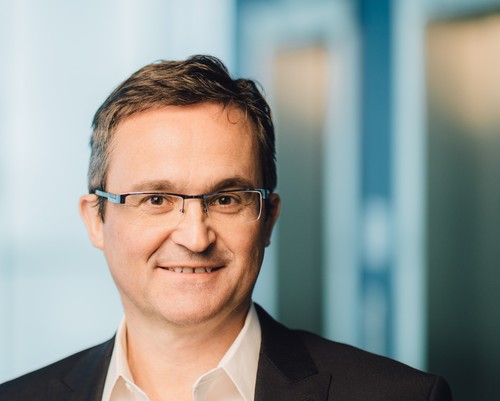 Dish’s Marc Rouanne is leading the development of a new cloud-native US mobile network.

Traditional is perhaps an unfair description of what Dish is buying. If the provider fits that billing, its latest core technology most certainly does not, insists the US service provider.

“It might sometimes be counterintuitive, but we have zero tolerance for anything that is not pure cloud-native, and Nokia has gone through multiple checks,” Marc Rouanne, Dish’s chief network officer, tells Light Reading when asked to explain the latest selection.

Major endorsement
Cloud-native has become the industry’s latest obsession, describing products based on lightweight “containers” and “microservices” rather than clunkier virtual machines.

The latter proved a big disappointment during the early days of the telecom industry’s shift toward software-based networks.

With microservices and containers, the software is designed to be more malleable, easier to break down and reassemble. And with that comes a host of cost and service benefits.

That is the standard vendor pitch, anyway. The crucial thing here is that Dish’s top networks executive is endorsing Nokia’s pitch.

For a vendor desperate to be seen as the go-to option for a cloud-native 5G core, that endorsement by one of the planet’s most keenly watched and exciting operators is massive the telecom equivalent of convincing Naomi Osaka, crowned US Open tennis champion at the weekend, to use your racket.

“It is a very strategic deal for Nokia because we get the chance to play with one of the disruptors in a very large market,” says Bhaskar Gorti, the head of Nokia’s software division.

“We usually do not disclose the commercial details and just leave that between us and the customer, but this is big for Nokia Software, for sure, and strategic for Nokia as a company.”

Both Nokia and Dish have emphasized that no customization was involved, meaning the same core network products could be sold to any other service provider.

“We are not a custom shop and that is not what Dish wants,” says Gorti.

“We will be very strict there,” adds Rouanne. “We want to be mainstream on all those functions.”

Ready to go
The deal also ticks another critical box in Dish’s checklist of suppliers.

For the radio part of the network, Dish has already named Japan’s Fujitsu as the main hardware provider.

Altiostar and Mavenir, two US software companies, are to provide the radio software for what is likely to be the first US network based on open RAN, a new system that allows operators to mix components from different vendors, and not be tied to one.

Software elements for the network will be hosted in cloud infrastructure from Dell-owned VMware. Nokia’s partnerships with that firm as well as other cloud providers appear to have helped it secure the Dish contract.

“We have tested Nokia and other vendors extensively on the VMware platform and what we liked about Nokia was that they can work on different platforms,” says Rouanne.

“VMware is our reference design and current choice, but we have the possibility to be multicloud and Nokia has been tested in those other cloud environments.”

This leaves scope for core network products from other vendors to be used alongside the Nokia software, but it means Dish now has most of what it needs for a new 5G service.

“Where there is more work to be done is in the automation layers, the customer slice and orchestration capabilities,” says Rouanne.

“We have tested all the elements and now have what it takes to do calls and a smaller number of slices. It is when we scale it to thousands of slices in an instant manner that we will need more automation.”

Announcements on that front can be expected in the coming weeks, he tells Light Reading.

In the meantime, Nokia’s core technology should provide the foundation for what Rouanne calls a “network of networks,” allowing Dish to knock up a variety of different services for its customers.

“We are going to be able to do custom, on-demand slices with very different capabilities, cost points, performance points,” he says.

“If you try to do this with an existing network it becomes complex and spaghettified. We don’t have that problem.”

As for when the service might eventually launch, Rouanne will give little away at this stage, saying only that Dish is “marching aggressively” toward deployment.

It has promised the Federal Communications Commission it will cover a fifth of the US population by June 2022, and 70% of people by June 2023.

For Nokia, the update goes some way toward compensating for the loss of a $6.6 billion 5G radio contract with Verizon to South Korea’s Samsung last week.

While a core network deal will be worth only a tiny fraction of that amount, it is further validation of Nokia’s software abilities.

It will, no doubt, have helped that Rouanne is a former Nokia executive who led the Finnish vendor’s mobile business between May 2017 and November 2018.

Relationships rather than technology are often the deciding factor in tenders. But they did not steer Rouanne toward Nokia’s radio products.