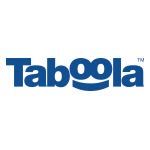 Posted at 10:08h in by fiberguide 0 Comments

In recent years, the Onefootball app has developed into the most popular media platform for football fans across the world with a large segment of Gen YZ users. Recently, the company announced that it will offer live-streamed content in cooperation with major rightsholders in addition to breaking news, statistics, and video content.

Currently, Onefootball reaches over 40 million football fans around the world every month including the US, Canada, Germany, Austria, Switzerland, UK, France, Spain, Italy, Brazil, Mexico, and India. Taboola will serve its users with personalized content recommendations encouraging users to stay engaged on the platform and expand its reach to capture new audiences.

“We are happy to team up with Taboola, a like-minded global digital player to support our monetization strategy around the globe. Our joint mindset around innovation and user centricity is a perfect fit,” said Patrick Fischer, Chief Business Officer, Onefootball.

“Users watching video content and live streaming experiences via mobile have increased exponentially over the past several years,” said Adam Singolda, CEO and Founder, Taboola. “I could not be more excited to partner with CEO and friend, Lucas, Patrick, and the rest of the Onefootball team in years to come to drive user engagement for users, driving loyalty as well as growing new audiences. These are times when users are looking to build relationships with brands they love and trust, and we’re thrilled to be part of that journey with Onefootball, powering those ‘moments of next’ where users are open to discover things they may love and never knew existed.”

With a 24-hour Newsroom operating in six languages, over 20,000 news sources and its own video studio, Onefootball provides the young generation of football fans with football news, breaking news, live scores, features and videos in six languages ​​on its own Onefootball platform and on social media channels such as YouTube, Facebook and Instagram. Founded eleven years ago and one of the world’s first 1,000 applications in the Apple App Store in 2009, the company now has 200 employees at its headquarters in Berlin and other offices in New York, Mexico City and São Paulo.

The Onefootball app has been awarded several times, most recently in 2017, as the best app product by Apple and Google.

Further information can be found at https://onefootball.com

Taboola helps people discover what’s interesting and new. The company’s platform and suite of products, powered by deep learning and the largest dataset of content consumption patterns on the open web, is used by over 20,000 companies to reach over 1.4 billion people each month. Advertisers use Taboola to reach their target audience when they’re most receptive to new messages, products and services. Digital properties, including publishers, mobile carriers and handset manufacturers, use Taboola to drive audience monetization and engagement. Some of the most innovative digital properties in the world have strong relationships with Taboola, including CNBC, NBC News, USA TODAY, BILD, Sankei, Huffington Post, Microsoft, Business Insider, The Independent, El Mundo, and Le Figaro. The company is headquartered in New York City with offices in 15 cities worldwide.