Open RAN and the Everest of inflated expectations | Light Reading

Analysts and consultants, unlike politicians, are rarely made to rue their public utterances. Twenty years ago, firms still in business today built elaborate forecasting models to show how 3G would double consumer spending on mobile services. None was grilled before an audience when those predictions turned out to be wildly optimistic.

Some neck-craning forecasts about open RAN, the industry’s latest fashion, evoke memories of the giddy, pre-3G era. The technology, which promises to end the tyranny of vendor “lock-in,” is currently a pipsqueak, worth about $200 million in annual revenues, according to data from Dell’Oro, a market-research company, cited in a recent regulatory filing by Mavenir, an open RAN software developer. By 2026, it will be a monster, reckons ABI Research. For public outdoor networks, sales of open RAN products that year will reach $40.7 billion, says the company in new research. Businesses will spend another $6.7 billion on indoor systems, it predicts.

ABI is not the only one anticipating a freakish growth spurt. Rethink Research dangles $32.3 billion as the revenue figure for open RAN hardware, software and services in 2026. That would give the technology a 58% share of all RAN spending, according to Rethink. ABI expects its share to be 45% by the same date. 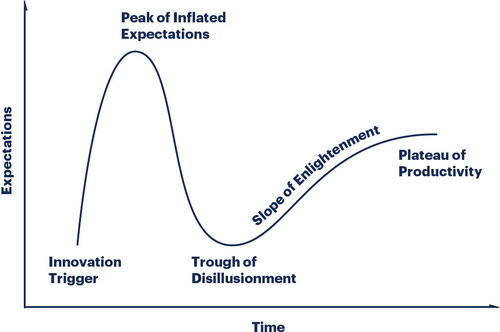 Crystal ball gazing of this nature implies a few things. First, if Dell’Oro’s data is to be trusted (and it is used by Ericsson and Nokia for market assumptions), overall RAN spending is about to skyrocket. Stefan Pongratz, an analyst at Dell’Oro, says the RAN market typically generates between $30 billion and $35 billion annually. Rethink’s forecast would mean investments are at least 59% higher than this in 2026. ABI’s points to a growth rate of at least 158%. RAN vendors would be partying like it’s 1999.

Second, according to Rethink’s prognostication, traditional RAN sales are heading for a nasty fall, to just $23.4 billion in 2026. If RAN vendors are at a party, the traditionalists would be curled up on the floor praying that someone turns off the music. In ABI’s world, everyone is still up and dancing.

Dell’Oro itself has a far more sober take on open RAN. By 2024, it reckons operators will spend somewhere north of $3 billion on open RAN products. Capturing a double-digit share of the market in the next five years would be good achievement, Pongratz has previously written. Open RAN, after all, is still largely immature, and still largely unproven.

Yet even former naysayers and skeptics are sounding less resistant to open RAN as it becomes a strategic objective for mobile network operator (MNO) CEOs. Just a few months ago, Ericsson’s stock answer to questions about open RAN was that it fell short on cost and performance measures. Asked about it this week, Fredrik Jejdling, Ericsson’s head of networks, gave a somewhat different response. 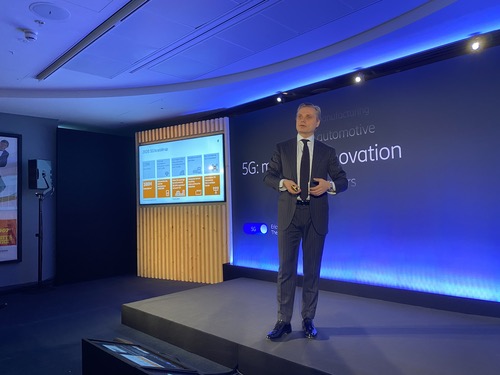 Ericsson’s Fredrik Jejdling, speaking at an Ericsson event in early 2020.

“We are well positioned to capture opportunities across the spectrum,” he told Light Reading. “That includes purpose-built as well as possibly more open solutions for lower performance requirements. Ultimately, it is less about religion and more about deep knowledge of what customers want.”

As Ericsson loses its religion, there may other reasons why the numbers published by Rethink and particularly ABI are so much higher than Dell’Oro’s. One possibility is that the more bullish-sounding analysts have included more than what should strictly be classed as RAN spending in their assessments. Overall capital expenditure on wireless infrastructure is about $150 billion annually, says Pongratz, meaning the RAN accounts for only about a fifth of the total.

Jiancou Hou, an analyst at ABI, insists his figures do not include any capital expenditure projections for the transport or core networks. But they do account for tower rental charges and labor expenses, he says. In China, construction fees, electricity-related costs and other similar expenses would add substantial amounts to the 5G basestation costs modeled for China Tower, the company rolling out much of the site infrastructure. His numbers, he explains, are “mainly from MNOs’ point of view, rather than equipment vendors’ point of view.”

His RAN outlook also reflects a 5G spending boom currently underway in China, whose operators are putting up hundreds of thousands of 5G basestations this year alone. “These 5G basestation deployments include a high amount of massive MIMO radio units, which will cost MNOs a lot of money,” he says. Even the more cautious Dell’Oro expects RAN sales to rise 8% this year because of China’s splurge.

As for open RAN, the ABI analyst believes interest in the pioneering deployments by operators like Rakuten and Dish cannot be underestimated. “Once these smaller vendors and new entrants can see the success of commercial open RAN deployments by the front runners, they will surge into the market and rapidly expand the market size.” Incumbent vendors, moreover, are likely to make the open RAN switch, he says.

Recent forecasts, even at the lower Dell’Oro end, will have excited open RAN players like Mavenir which has just filed for an initial public offering and prompted further head-scratching at Ericsson. ABI and Rethink envisage the sort of revolution that has not happened in the mobile equipment market since Huawei stormed Europe in the early days of 4G. The incumbents may need to figure out if they can join the sans-culottes without ending up like Robespierre.

If this particular revolution happens at all, that is. As 2021 approaches, Japan’s Rakuten remains the only company to have built an open RAN network in an advanced and urbanized market. And while that network has looked robust so far, Rakuten still appears to serve far fewer customers per site than any of its rivals. As the number grows, any sign of difficulty could turn into an engine problem for open RAN.

Gartner, another analyst firm with a taste for grandiloquent expressions, describes the excitement that surrounds any new technology as the “peak of inflated expectations.” With open RAN, it could turn out to be an Everest.