In roughly one month, companies like Verizon, AT&T, Comcast and T-Mobile will begin bidding in what is widely expected to be the biggest US auction of 5G spectrum ever.

The event has been touted as a major catalyst for 5G in the US, adding additional, valuable midband spectrum to today’s mostly lowband and highband networks.

However, there are widespread indications that operators won’t be able to use open RAN (radio access network) equipment at least initially to build out their midband, C-band 5G networks. That’s noteworthy considering that open RAN technology is being touted as an important lever in the “race to 5G” with China.

“Open RAN is clearly gaining momentum with some RAN segments but the technology is also not ready for prime time with all RAN technologies,” wrote Stefan Pongratz, an analyst at Dell’Oro Group, in response to questions from Light Reading.

At issue is the emergence of Massive MIMO, an antenna technology that has been widely touted as dramatically improving the overall capacity and performance of a wireless network. Most radios in current 4G and early 5G wireless networks in the US sport just a handful of antenna elements, but Massive MIMO promises to add dozens 32 or even 64 for either transmitting or receiving in order to improve network performance for every user in that radio’s range. Many expect operators to invest heavily in Massive MIMO technology in their deployment of equipment capable of broadcasting in C-band spectrum because midband spectrum like the C-band works well with Massive MIMO.

For example, Samsung boasts that its new C-band equipment for the US market sports 64t64r Massive MIMO technology and can triple operators’ network capacity. “Samsung is helping users gain the full benefits of the C-band spectrum,” explained Jaeho Jeon, EVP and head of R&D for Samsung’s networks business, in a release. 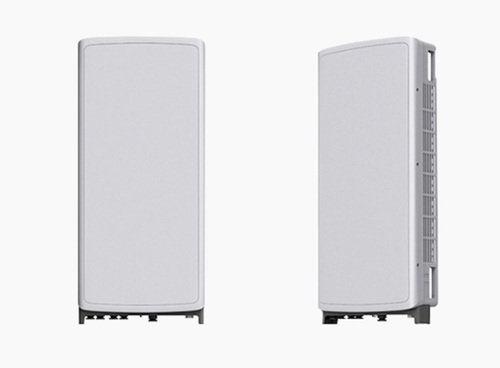 The only problem? Samsung can’t commit to offering full-blown open RAN support in its new product. “While we don’t comment on the interface specifications of each radio, Samsung is adding a number of O-RAN compliant radios to its portfolio,” the company said in response to questions from Light Reading.

“We are in general not overly optimistic about the near-term open RAN Massive MIMO upside,” said Pongratz of Dell’Oro, an analyst firm that carefully tracks the global market for RAN equipment. “The primary focus initially for the main [US operator] competitors will likely be to minimize risk and accelerate 5G midband deployments.”

And as Mobile Experts analyst Joe Madden wrote for FierceWireless, “the radio units that will be deployed over the next two years will not have the horsepower to handle some advanced interference coordination, scheduling and beamforming features that will provide significant capacity gains.”

Madden explained that, in rural areas where coverage is critical, open RAN technologies can be deployed to reduce overall costs by up to 34%. But in dense, urban areas, where network capacity is at issue, complex technologies like Massive MIMO require “vendor optimized” networks that simply cannot yet be supported by open RAN technologies.

“It is no secret that the open RAN ecosystem is in its initial steps,” wrote Sandro Tavares, global head of mobile networks marketing at Nokia, in response to questions from Light Reading. “In that sense, some advanced features will not be available for the initial deployments.”

Interestingly, Nokia said that it currently offers C-band products for the US market, and that those products do support both Massive MIMO and the open RAN specification for fronthaul interfaces.

“Open interfaces (as defined by the O-RAN Alliance) are in continuous evolution, meaning that functionality support will naturally grow,” Nokia’s Tavares added. “With all that in mind, and considering that Massive MIMO may not be needed everywhere in the network (think rural applications, small cells, etc.), I would not totally rule out open RAN from the C-band deployments in the US.”

Eicsson too told Light Reading that it has developed “a range” of Massive MIMO products that will support C-band spectrum in the US, but the company did not address questions about whether those products would adhere to open RAN specifications.

Ericsson, Samsung and Nokia are the three main 5G equipment suppliers in the US, though Ericsson has not been as supportive of the open RAN trend as Samsung or Nokia.

A period of quiet for open RAN proponents

Perhaps not surprisingly, open RAN supporters offered a variety of responses to questions on whether equipment for C-band spectrum in the US would advance open RAN technology.

For example, the Open RAN Policy Coalition an advocacy group lobbying for US government funding for open RAN technologies referred queries on the topic to member companies like Mavenir.

And Mavenir, a prominent open RAN software supplier and vocal supporter of the technology, declined to comment on the issue, citing the “quiet period” ahead of the FCC’s December C-band spectrum auction. The FCC’s “quiet period” rules restrict bidders from commenting on upcoming spectrum auctions in an effort to prevent collusion; Mavenir is not listed among the 74 entities that have registered interest in the event.

Don’t miss your opportunity to learn more about the next phase of 5G deployments and advanced use cases! Join us for the 5G Transport & Networking Strategies Event on Nov. 3 and 5. This digital symposium is an opportunity to learn from industry experts and get your questions answered in real time. Register today!

Blue Danube’s Mark Pinto wrote to Light Reading that operators could instead “use a true beamforming Massive MIMO system like ours.” He said the company’s antenna technology uses a phased-array foundation that does not require a new baseband component.

Pinto added that the company believes the “better path” for US operators is to use Blue Danube’s Massive MIMO technologies to increase the capacity of their existing, lowband wireless networks.

Verizon is widely expected to walk away with the bulk of the initial licenses up for grabs in the C-band auction, and has said it could launch commercial 5G services on C-band spectrum as early as the end of 2021. Analysts expect the C-band auction to generate up to $50 billion in total bids the largest haul ever for a spectrum auction in the US because midband C-band spectrum offers an ideal balance of wide geographic coverage supporting speedy connections.