06 May Openreach still has a Huawei problem | Light Reading

Back in July 2018, Openreach, the BT networks progeny that does not like to be seen with its parent, published a press release it must pain executives to read nearly two years later.

That release identifies China’s Huawei and Finland’s Nokia as the two equipment vendors chosen to build the company’s full-fiber network. The plan, at the time, was to reach about 3 million UK homes by the end of this year, but Openreach is now targeting 4 million by March 2021. There is just one problem: Out of favor in political circles, Huawei was hit with major restrictions at the start of this year. Under new government rules, it will not be allowed to supply equipment to more than 35% of properties in the Openreach full-fiber network.

Given the network equivalent of a breathalyzer, Openreach would currently exceed this limit. By how much, it will not say, and it insists it will be compliant with government rules by an agreed deadline. “We have committed to reduce our usage of Huawei to a maximum of 35% of our FTTP [fiber-to-the-premises] access networks within the three-year timescale outlined by the DCMS [Department for Culture, Media and Sport] review,” said a spokesperson for the operator in emailed comments. 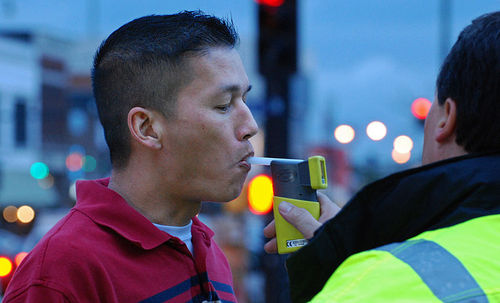 Openreach may have overindulged on Huawei in the last two years.

But ensuring compliance might not be easy. The equipment that Huawei and Nokia are providing is known as the “headend” and essentially comprises the electronics installed in Openreach exchanges. As of today, Huawei probably accounts for most of the footprint. In its July 2018 statement, Openreach said the Chinese vendor had already started deploying kit, while Nokia was not expected to join it until a year later. By then, Openreach’s full-fiber network passed about 1.5 million homes. Even if Nokia served all the 640,000 properties covered in the last six months of 2019, Huawei would seem likely to have the majority share.

Under the telco definition of “passed,” however, it is unclear if all the relevant exchanges have been kitted out. Although Openreach’s full-fiber network covered nearly 2.2 million properties in December, only 465,000 were actually connected to full-fiber services. Nor is Openreach stopping at 4 million. Its ultimate ambition, provided regulators play nicely, is to reach about 15 million homes by the mid-2020s. If authorities measure Huawei’s presence against this target, any reduction may be unnecessary.

Philip Jansen, BT’s chief executive, has certainly downplayed the hassle. “The main impact is on the mobile side, not on the fixed side,” he told analysts on a call in January. Besides limiting Huawei’s full-fiber role, the UK government has similarly restricted it to just 35% of any 5G network. This condition, say BT executives, is far more exacting because it will force BT to replace some of Huawei’s 4G equipment as well.

In total, Jansen estimates the fixed and mobile swap-out will cost roughly 500 million (US$619 million) over the next five years. That sounds more than manageable. An additional 100 million ($124 million) a year would represent only a sliver of the 24 billion ($29.7 billion) BT spent on capital expenditure and operating costs in 2019.

The greater risk is perhaps of a delay to the full-fiber rollout as BT adapts to Huawei restrictions amid the COVID-19 pandemic. In an article written for the Telegraph newspaper this week, Openreach CEO Clive Selley insisted deployment was on track. The virus had even helped, he suggested, by leaving “roads deserted” for Openreach engineers. In the final three months of 2019, Openreach was hitting about 26,000 properties a week. With just a slight increase, it would be on course for about 4 million by March 2021.

Even so, the planned introduction of a new vendor seems likely to happen before the UK has entirely emerged from its virus lockdown. “We expect to appoint a third strategic FTTP supplier soon,” said Openreach’s spokesperson. Although the operator has not publicly named any candidates, US-based Cisco has previously been linked with the job, and Adtran, another US vendor, has confirmed its participation in a tender. “We expect them [BT] to make a decision sometime in the next month or so,” said Dan Whalen, Adtran’s chief product officer, on a phone call to Light Reading in late April.

The decision to introduce a third vendor seemed to come in anticipation of a clampdown on Huawei, and the move would be challenging even in normal circumstances. In an article published last November, Mark Jackson, a computer engineer who runs the IPPreview blog, said that “mixing lots of different kit from different vendors can sometimes lead to long-term differences in performance and capability.”

Openreach now faces the possibility of disruption triggered by the outbreak of COVID-19. Nokia has already blamed a 200 million ($216 million) shortfall in first-quarter revenues on supply chain constraints that punished sales of optical equipment. “We have gone from a supply chain risk environment now into more of a delivery-related risk environment, because the challenge of COVID-19 is how to complete installations in a world where there are restrictions on site,” said Kristian Pullola, Nokia’s chief financial officer, on a call last week.

Setting itself up as a supplier to BT, a new vendor could have an even bigger challenge, although Whalen insists Adtran is in a good position. “We were not very reliant on China to start with,” he told Light Reading. “Most of our manufacturing had been moved out of China years ago and from a components perspective we really got ahead of the curve and pre-ordered a lot of the things we needed back in December.”

China avoidance could become routine in the long run. Accused of trying to cover up the initial COVID-19 outbreak, and of seeking economic and geopolitical advantage amid the crisis, China is feeling a backlash from western countries previously on cordial terms with it. In the UK, calls by some influential members of the governing Conservative Party for a complete ejection of Huawei have grown louder. Nor does US pressure to ban a Chinese company deemed a security threat appear to have relented. Just this week, the White House was said to be considering the possible withdrawal from the UK of spy planes, intelligence officials and other assets.

When the UK published its rules about Huawei and other so-called “high-risk vendors” in January, it said its 35% cap “will be kept under review to determine whether it should be further reduced as the market diversifies.” Amid the current tension, a prudent Openreach would be thinking about ways to bring Huawei well below the limit.