Filtronic is not a name that typically trips off the tongue in conversations about 5G, open RAN or alternatives to Huawei, the Chinese vendor the UK is banning. In a telecom market that has coalesced into a few giant firms, the radiofrequency (RF) specialist is a tiddler, with sales of about 17.2 million ($23 million) in its last year.

But as the UK attempts to rekindle a domestic supply chain, Filtronic is attracting attention. It was one of several UK firms mentioned in a recent submission to the government by Mavenir, a US software company hankering for a piece of the UK’s open RAN market. With the right policy support, said Mavenir, those companies “can underpin the resurgence of UK industry.”

Just this week, Filtronic held talks with Dr Andy Sellars, a government strategy advisor on the semiconductors now critical to many industries. “We will need access to semiconductor technology that is pretty much on the leading edge,” says Richard Gibbs, Filtronic’s CEO. 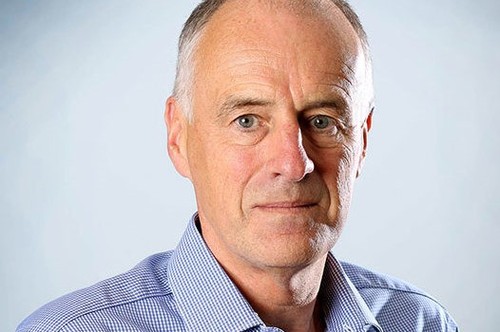 Gibbs took the reins just three months ago in what he describes as an “encouraging” time for the industry after years of difficulty. A long-serving industry executive who previously worked for US conglomerate Honeywell, he recalls Filtronic’s heyday before the “boom and bust” that occurred at the turn of the century. The demise of well-known UK equipment vendors like Marconi hit Filtronic badly, sparking a sale of fabs and foundries and a downsizing of the business.

The most recent divestment happened at the start of the year, when Filtronic sold a struggling antenna business it had owned for just five years. “That market is highly competitive and has largely been taken over by Chinese suppliers,” says Gibbs.

Others have also suffered. Only today, Axell Wireless, an antenna business in southern England, was reported to have gone into administration.

What remains of Filtronic today has three broad markets. Its oldest is aerospace and defense, which it has served ever since it was founded in the late 1970s by academics at the University of Leeds. In the US and a few other countries, Filtronic also sells communications equipment to first responders.

But much of Gibbs’ optimism concerns the telecom sector, where Filtronic’s RF wizardry is used mainly to support “backhaul,” the links between basestations and the core network, via microwave technology. An alternative to the fiber lines also used in this part of the network, microwave today accounts for about 50% of the market, says Gibbs, and has a few advantages. “You don’t have to dig up roads and lay cable. You can build networks very quickly and at minimal cost and they are easy to maintain,” he says.

Filtronic’s customers include some of the giant kit vendors whose names will be familiar to anyone in telecom. A domestic shake-up, as the UK looks to phase out the Chinese and introduce new suppliers, will bring additional business, Gibbs hopes.

Somewhat nostalgic about the UK’s Marconi-era glory, he is positively disposed to the government’s latest telecom strategy, including its funding commitment of 250 million ($335 million) for the sector. “There is no clear direction of how that might be spent, and what else might follow on, but it is at least a cross-party intent to have a look at this, recognizing that we have become very dependent on a Chinese supplier that has got to come out of the network fairly quickly,” he says.

Semiconductor supply chains are clearly a topic of interest. Gibbs, who joined Filtronic from a semiconductor firm called Micross Components, notes the problems Huawei has had since the US blocked its purchase of chips based on US technology. “If you are wholly dependent on core semiconductor technology that is owned by another nation state, you can quickly get squeezed out of any market,” he says.

That concern, and a recognition of the economic challenges, make him less wary than others have sounded about public-sector involvement. “If you are serious about the telecom agenda and a sovereign capability, there are inevitably parts of the supply chain that need direct government support,” he says. Most semiconductor foundries have not been economically viable without government help, he points out.

Open RAN, the technology the UK government supports as a stimulus to competition, does not have a direct payoff for an RF specialist with a backhaul focus. The upside may come, says Gibbs, if it throws the market open to a host of smaller providers. “If we focus on backhaul, it is all good for us, because the data that is flowing in open systems at the front end will need backhaul solutions to provide very high speed and reliability,” he says.

The callout by Mavenir, a company Filtronic has not dealt with directly, tickles Gibbs. “We have broad shoulders and will carry that,” he smiles. Still, he agrees it would be “presumptive” to think a company with around 130 employees and just 17.2 million in annual sales could somehow “recreate Marconi.”

Is there not, then, a risk that small homegrown companies lose out to big foreign vendors as Huawei is displaced? “I suppose that might be a danger, but I think just replacing one behemoth with another is not going to be a smart strategy,” says Gibbs. “I would hope there is some positive encouragement for smaller players and domestic suppliers to play a role, and I think open RAN standards will help with that.”

When it comes to the RF technology that is Filtronic’s speciality, the UK certainly does not lack talent. The remnants of the previous century’s Filtronic are still scattered about the hills and dales of north Yorkshire and County Durham, where even smaller RF companies count Filtronic alumni as employees. “There is still a lot of RF expertise in this part of the world,” says Gibbs.

It could even be seen as the northeast’s answer to the Cambridge area Silicon Fen, known as the home of Arm, the UK chip designer, and various other UK technology companies. A Silicon Moors, perhaps, with an RF focus? Finding new ways to harness that expertise might be a good place for the UK to start.