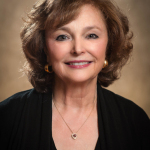 Posted at 14:30h in by fiberguide 0 Comments

Stevie Award Winners to Be Announced in New York on November 15
PORTLAND, Ore.–(BUSINESS WIRE)–#EYawardfinalist–PacStar®, a leading developer and supplier of advanced communications solutions for the U.S. Department of Defense (DoD), today announced that Peggy Miller, Chief Executive Officer, was named a Finalist in the Executive of the Year – Business Products category in the 16th annual Stevie® Awards for Women in Business, and will ultimately be a Gold, Silver, or Bronze Stevie Award winner in the program.

The Stevie Awards for Women in Business honor women executives, entrepreneurs, employees and the companies they run – worldwide. The Stevie Awards have been hailed as one of the world’s premier business awards.

As CEO of PacStar, Miller has led the company to ever greater success over the years. PacStar’s revenues in 2018 exceeded $100 million, up from the previous year by more than 50%, and the company’s impressive growth is continuing. The strong revenue growth comes from the company’s proprietary hardware and software, developed under Miller’s leadership. She also led the PacStar team to win eight major U.S. Department of Defense program of record wins, building in multi-millions of dollars in sustainable revenue for years to come and reinforcing the company’s leadership position in advanced tactical communications.

“Peggy Miller is very deserving of this award and I’m extremely pleased to see her being recognized for all of her outstanding work and accomplishments over the years,” said PacStar Chairman George Stroemple. “It has been a pleasure watching her lead our PacStar team to major program wins, deliver quality products on time, every time and provide outstanding customer service. She demonstrates exemplary leadership qualities every step of the way.”

Finalists were determined by the average scores of more than 150 business professionals around the world, working on seven juries. Their scores will also determine the Gold, Silver, and Bronze Stevie Award placements that will be revealed at the 16th annual awards dinner and presentations in New York.

“In its sixteenth year, the Stevie Awards for Women in Business received a record number of nominations. With the second annual Women|Future Conference preceding the announcement of winners on November 15, it will be a day to celebrate the achievements of working women around the world,” said Michael Gallagher, founder and Executive Chairman of the Stevie Awards. “We’re looking forward to recognizing the Stevie Award winners next month.”

Gold, Silver, and Bronze Stevie Award winners will be announced during an awards gala event at the Marriott Marquis Hotel in New York on Friday, November 15. Nominated women executives and entrepreneurs from the U.S.A. and several other countries are expected to attend. The event will be broadcast on Livestream.

Details about the Stevie Awards for Women in Business and the list of Finalists in all categories are available at www.StevieAwards.com/Women.

About The Stevie Awards