Verizon’s Fios Internet business crushed expectations in Q3 as the telco got a grip on pent-up demand that built up during early phases of the COVID-19 pandemic when field installations were stalled out. 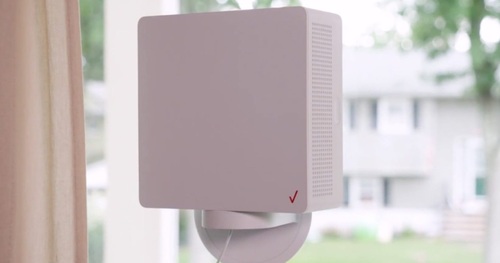 Verizon’s Fios Internet base soared in Q3. Looking ahead, the company is bullish about 5G Home amid the recent deployment of a new powerful gateway for a service that is delivered over millimeter-wave spectrum.
(Image source: Verizon)

Even without the Q2 backlog fueled by the pandemic, Verizon still would have added “significantly north of 100,000” Fios Internet customers in Q3, thanks in part to the company’s relatively new Mix & Match bundles that lead with broadband, said Matt Ellis, Verizon’s EVP and CFO.

With DSL losses included, Verizon added 113,000 total broadband connections in Q3, versus a loss of 5,000 a year earlier. Verizon ended the period with about 471,000 DSL subs.

Verizon remains optimistic that 5G Home, a fixed wireless access service delivered over millimeter-wave spectrum, will enable the telco to grab home broadband share as it has done previously with its fiber-based Fios broadband service.

Vestberg reiterated a plan to reach 30 million homes with 5G Home over the next five to eight years, expecting material revenues from that piece of the business to start in 2021.

So far, Verizon has deployed 5G Home in eight cities, with plans to extend that to ten by the end of 2020. “There’s no reason why any city with [5G] mobility would not be a 5G Home city as well,” Vestberg said.

He said the new, more powerful consumer premises equipment (CPE) for 5G Home, which can be used for self-installations, represents “a step change” in coverage and capabilities compared to previous generation CPE for 5G Home that relied on a smartphone chipset.

The new CPE for 5G Home is tailored for both indoor and outdoor deployments. “We have a lot of indoor installations right now,” Vestberg said. But he did not offer a specific time frame for when Verizon might report 5G Home-specific numbers as the service starts to scale up.

Verizon’s ho-hum Fios video results continued. The telco lost 61,000 Fios video subs in Q3 2020, versus a loss of 67,000 a year ago, ending the period with 3.92 million. Notably, Verizon’s Mix & Match program tends to steer customers to YouTube TV rather than the telco’s own Fios video service.

SMB is “where we see the challenge,” Vestberg said. “It’s not getting worse, but we still have that concern.”

“Business Wireline has remained more resilient than we would have guessed,” Craig Moffett, analyst with MoffettNathanson, said today in a research note. “The segment has historically been quite cyclical, but the rate of decline has remained relatively modest.”