Private mobile networks, regularly cited as an interesting opportunity for telecoms operators as they seek new use cases for 5G, are expected to connect an increasing number of Internet of Things (IoT) devices in future. 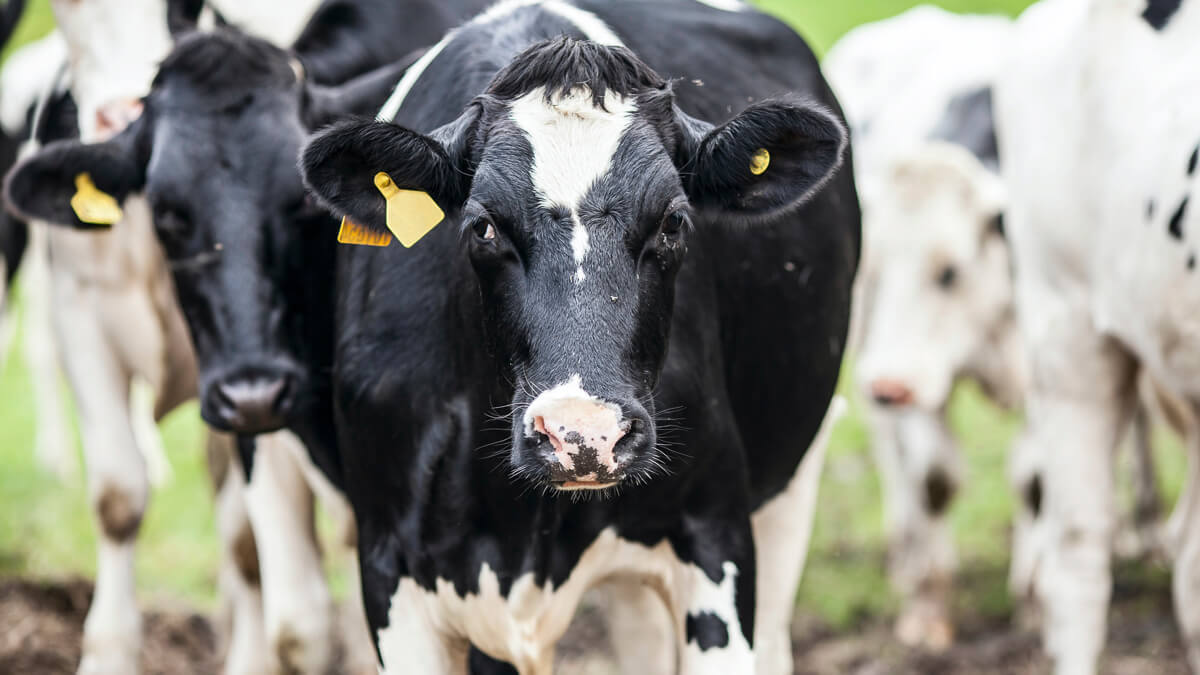 Someone watching over you: Agricultural monitoring for example, tracking cows is one of the ethically questionable growth areas identified by Transforma.
(Source: Jenny Hill on Unsplash)

According to a new report from Transforma Insights, over 150 million cellular devices will be connected to on-premises private networks by the end of 2030, up from 3 million at the end of 2019.

“As a proportion of all cellular devices, this represents a growth from 0.3% to 3% of all connections. Today the majority of these devices are LTE but over the forecast period, the balance shifts towards 5G,” particularly in the form of massive machine-type communications (mMTC), low-power wide area devices.

The report noted that the trend is best illustrated by looking at device sales. 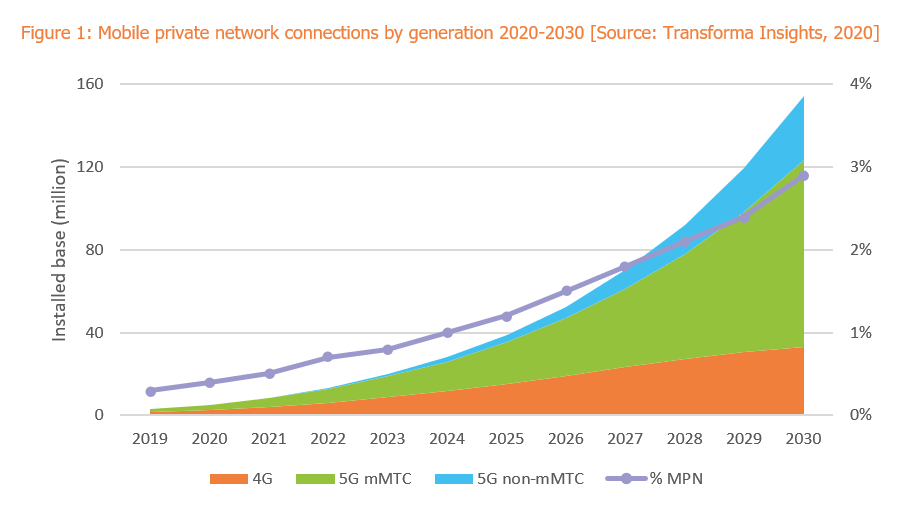 “At the end of 2019 just 0.4% of the 406 million global cellular IoT device sales were destined to be connected to private cellular networks. That compares to almost 5% at the end of 2030. The figures for 5G (non-mMTC) are even more pronounced, with over 6% of shipments in 2030 accounted for by private networks.”

Agriculture is expected to represent the biggest vertical in terms of number of unit shipments by 2030, followed by manufacturing and transportation. The biggest use cases are expected to be agricultural monitoring, CCTV, asset tracking and inventory management.

Meanwhile, the Global mobile Suppliers Association (GSA) has also just come up with some figures on current deployments of private LTE and 5G networks and spectrum. 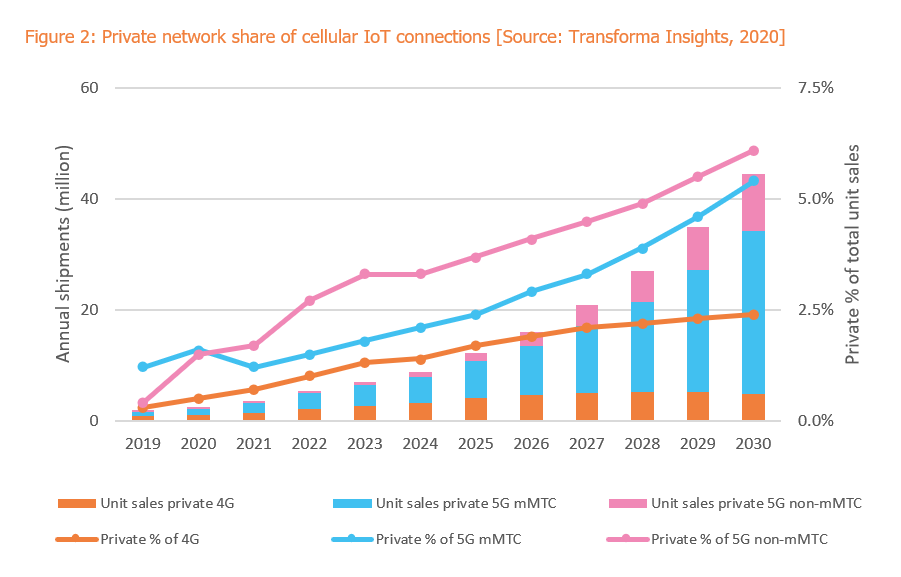 The GSA said it has counted over 150 deployments worldwide, and is tracking more than 330 companies investing across industry verticals.

LTE is being used in 81% of the deployments it has cataloged, with 5G currently being deployed (or planned for deployment) in over a quarter of the networks.

The association added that two-thirds of the private network deployments are local area networks (single sites and campuses), with the manufacturing sector leading the way with over 30 known pilots or deployments identified.

The GSA also noted that growth in demand for networks to support IoT, smart city, mission-critical services, government and Industry 4.0 applications has seen regulators increasingly set aside much more spectrum, either on a dedicated or shared basis, for private mobile networks.

Joe Barrett, president of the GSA, pointed to strategies such as Germany’s Bundesnetzagentur awarding over 70 licences to public and private sector applicants to build 5G campus networks, or Ofcom in the UK adopting a shared spectrum access approach for 4G.

“This increasing access to spectrum is matched by a growing number of pilots and deployments of private networks across a whole range of sectors,” Barrett said.