Project Gigabit, or how to waste GB pound 5B of UK taxpayers’ money | Light Reading

19 Mar Project Gigabit, or how to waste GB pound 5B of UK taxpayers’ money | Light Reading

The UK’s broadband builders are already sniffing around a 5 billion ($5.8 billion) pile of taxpayer dosh allocated to Project Gigabit, Boris Johnson’s plan to bring high-speed networks to Britain’s hinterland. Details published today included endorsements of varying enthusiasm from the bosses of Openreach, CityFibre and Gigaclear, three of the country’s most high-profile investors. Alongside those was a verbal gem from Oliver Dowden, the digital secretary. Project Gigabit will make us “gigafit,” he presumably scribbled to his own amusement.

Conspicuous by its absence was Virgin Media, the biggest operator of a broadband network after Openreach. Six years ago, former CEO Tom Mockridge lashed out at the notion of subsidizing broadband rollout in hard-to-reach places. A 1.6 billion ($1.9 billion) “superfast” scheme amounted to illegal state aid for Openreach, he grumbled to the European Commission. The scheme “does not offer the taxpayer value for money,” Mockridge told the Financial Times. “It is no longer necessary in today’s investment-rich market and it leads to wasteful overbuild.” 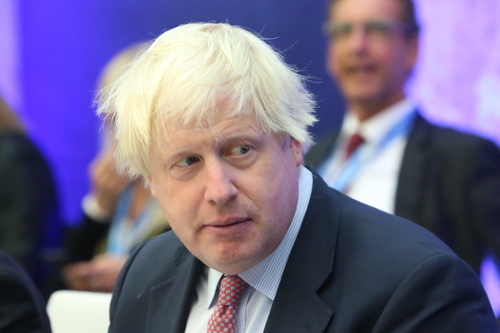 Much has changed since then, of course. The UK is out of the European Union. What was superfast in 2015 now looks relatively pedestrian to full-fiber enthusiasts like Johnson. The private sector is expected to cater to about 80% of homes. Without help, the remaining 20% could be stuck in a broadband layby while their fellow citizens enjoy life in the fast lane.

But enjoy is the operative word. Few people seriously need a gigabit connection any more than city dwellers need gas-guzzling SUVs. Taxpayers, funnily enough, are not expected to pay for those. Broadband subsidies, though, have acquired an acceptability that is hard to fathom. The locations identified for Project Gigabit include the Lake District National Park, where a house typically sells for 275,000 ($381,000), 10% more than the national average. The less wealthy are stumping up so that rich folk in the countryside can watch lockdown videos in ultra-high definition.

These are the mad ramblings of a Luddite, critics would say. People similarly argued that part-fiber networks were a wasteful investment in the days of all-copper broadband, which would be useless today for many people working or studying from home. It is difficult to imagine what services will require gigabit connections and be as essential to existence as running water or electricity. That does not mean they will never appear.

Vague possibilities, though, do not justify a 5 billion splurge during the worst economic crisis in a century. One of the remarkable things about lockdown is how well the UK’s part-fiber networks have coped with a surge in traffic. A reliable service of several megabits per second will suffice for “essentials” such as checking emails, reading news, filing copy and online shopping. BT this week committed to a full-fiber rollout that will cover two thirds of the entire country, after the regulator dropped any pricing controls and further weakened the case for Project Gigabit.

For people in the 20% of the country that will lack gigabit connectivity from the private sector, there are three alternatives. The first is simply to make do with what’s available. That, according to the government’s own data, is a “superfast” connection for more than 97% of the UK superfast meaning at least 30 Mbit/s. Public-sector funding may be justified for the other 3%. And a gigabit investment could make sense if it would cost little more to provide than superfast.

Anyone desperate for gigabit could always move to an area where it is available. Right now, gigabit is no more essential than a cocktail lounge or Michelin-star restaurant, and no disgruntled resident of a town that lacked them would see government subsidies as the answer (assuming he or she were sane). The other option is a community-funded deployment. Some have already taken shape with private-sector support.

The points Mockridge made in 2015 are still valid today. The taxpayer-funded Broadband Delivery UK (BDUK) project was hugely controversial because Openreach snaffled just about all the contracts, as well as control of some future profits, according to Virgin Media at the time. The cable operator also criticized the project for slamming the door shut on private-sector competition. Schemes to raise demand would have been preferable, it said.

Perhaps the administrators of Project Gigabit will learn from those mistakes and make it look more equitable. Perhaps the UK’s withdrawal from the European Union means it is no longer as mindful of European Commission pronouncements about state aid. And perhaps nobody will care. When the national debt is 2.1 trillion ($2.5 trillion), and growing by tens of billions every month, a 5 billion investment in broadband may barely even register.