For all the chatter about the public cloud, hardly any service providers are using it for their most critical applications.

That may be good news for Rakuten, which is pitching its own technology offerings to other service providers but lacks the infrastructure it would need if public cloud were mainstream.

The Japanese firm, which is building a fourth mobile network in its home market, has rolled various software tools and applications into what it calls the Rakuten Communications Platform (RCP).

Customers should be able to shop for relevant technologies through an online marketplace, and use RCP to build their own state-of-the-art networks. 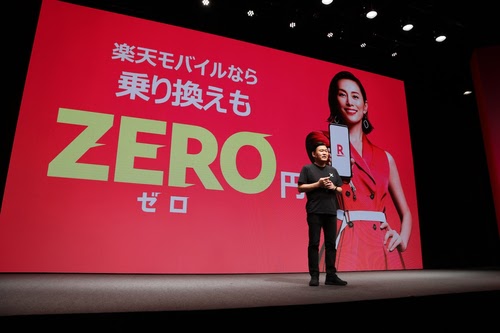 Rakuten has opened offices outside Japan and made investments in a sales and marketing team, as it goes after an opportunity it has valued at between $280 billion and $380 billion.

For some investors, a major concern was how much it would need to invest in new data center facilities to compete in the public cloud market.

But Rakuten this week said it would initially take advantage of the private cloud infrastructure that service providers have assembled.

“What we have been talking about is mostly private cloud deployment within premises as a first step,” said Tareq Amin, the chief technology officer of Rakuten Mobile.

“The amount of investment we have to do is not significant globally. I don’t anticipate a necessity to expand into colocation facilities our own data centers.”

The initial strategy could mean hosting RCP at telco facilities such as switching offices.

Rakuten claims to have been in talks with more than 70 organizations about its offer, and has already forged close alliances with a few big service providers, including Spain’s Telefnica, STC in Saudi Arabia and US-based Dish Network, which has clearly taken inspiration from Rakuten’s greenfield deployment in Japan.

UK politicians have also quizzed Amin about how their country could benefit from his expertise.

While there are no RCP customers yet, he expects to start “commercializing some contracts” next year. An offer designed for their own private clouds is likely to appeal to mobile operators concerned about data ownership and privacy, he reckons.

“This is maybe what will differentiate Rakuten,” he told reporters on a call this week.

The public cloud has certainly garnered attention this year among telecom firms. Amazon, Google and Microsoft, the so-called “hyperscalers,” are all expanding into the market.

Last month, Finnish equipment maker Nokia signed a deal to run its IT systems in Google Cloud. Back in April and May, Microsoft took everyone by surprise when it bought Affirmed Networks and Metaswitch, two developers of software used in telecom networks.

That held out the possibility of running core network systems from the public cloud and cutting costs.

There is plenty of resistance, however. In a new report about using the public cloud for operational support systems (OSS), James Crawshaw, a principal analyst for Omdia, says some telco executives want to retain control and are only “gingerly adopting” the public cloud by outsourcing their server capacity.

A possible danger for Rakuten is that holdouts quickly crumble.

Crawshaw says “the tide is now turning in favor of public cloud within the telecom industry, led by BSS and mobile core with OSS now set to follow.”

That is happening, he writes in his report, “in tandem with the adoption of cloud native software architecture with most new OSS purchases being deployable on public cloud by default.”

Right now, Rakuten has no plans to partner with any of the hyperscalers, although it did announce a tie-up with Equinix, a data center specialist, in September.

“I want to deploy RCP in a few key areas as a showcase for deployment,” said Amin, in explaining the rationale behind that deal. “At this stage, our focus is on private cloud deployment.”

But nothing is ruled out in future on the infrastructure side. One option Rakuten is considering for greenfield projects is to fund towercos, infrastructure firms that own telecom assets.

“We are already talking with some financial institutions that are very interested in holding assets in case we provide RCP technology to an operator,” said Yoshihisa Yamada, Rakuten’s chief financial officer.

“We don’t think funding is going to be a constraint.”