Red Hat: We need to talk about cloud-native | Light Reading

As they edge (sic) towards a 5G architecture, can the network operator community build on key takeaways from their early virtualization efforts? Susan James, senior director of Telecommunications Strategy at Red Hat, sure as hell hopes so.

“The telcos need to look at what has been learned from the NFV years,” says James, adding pointedly, “there’s no point in just dumping applications into containers.”

And that could be the temptation as the telecom sector starts to embrace the cloud-native aspects of 5G and all that encompasses, from new ways of building, onboarding, integrating, managing, exposing and supporting applications, whether developed in-house or sourced from third-party developers.

Telcos have been talking about cloud-native for a few years, since they realized that somewhat monolithic virtualized network functions (VNFs) running on early NFV infrastructure platforms would only get them a smidge of the agility and flexibility they seek. Instead, a wide-area-network friendly, carrier-grade version of the containerized systems increasingly popular with large enterprises and the data center brigade look far better suited for the challenges that full-blown 5G (with its gazillions of potentially latency-intolerant devices connected to edge platforms) will bring.

Now those conversations about containers, Kubernetes and next-generation telco cloud functionality are getting more frequent, says James, who has been with Red Hat one of the leading providers of open source software systems for telco cloud deployments, such as its version of OpenStack and its OpenShift container platform for almost two years, following more than 15 years at Ericsson.

“How to get to cloud-native is a very common conversation these days,” James tells Light Reading. “But cloud-based consumption requires a change in how a company is structured, the processes, the philosophy,” she notes, and that change is away from vertical, specialized platforms to a horizontal architecture to support cloud-native functions, “whether it’s using VMs [virtual machines] or containers.” 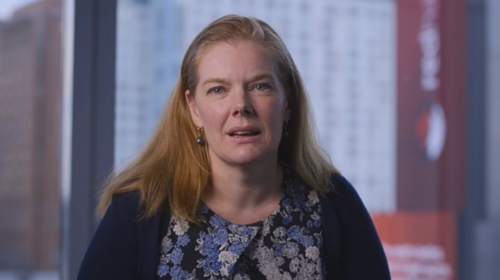 A few network operators have been developing a more horizontal telco cloud platform, one that can support its entire portfolio, “and that has led to a better virtualization result. That is a cultural change more than a tech change.”

Cloud-native commandos
So which operators have been setting a good example in this respect? Which of the telcos is closer to getting a horizontal badge of honor?

James namechecks Verizon “It has been doing a lot, it’s one to watch” and Telstra, while another Australian operator, Optus, is also mentioned by the Red Hat team. “Often it is the mid-sized operators that have more control and fewer geographies,” that are able to make the most progress, she adds.

AT&T, meanwhile, has multiple cloud-native R&D efforts underway, with partners such as Dell and Mirantis, related to its 5G strategy and its ongoing involvement in the development of ONAP (Open Network Automation Platform).

And then there are the disruptors with cloud-native stories:
Reliance Jio in India; and
Rakuten Mobile in Japan.

And Jennifer Clark, Principal Analyst – Cloud Infrastructure and Edge Computing, at Heavy Reading has some other names to add to that list: She cites Vodafone and Telefnica as two more that are setting the pace in clod-native development, while Bell Canada, somewhat surprisingly, “is moving into cloud native fairly aggressively,” working with Amdocs, though it’s “not all rainbows and unicorns.” She also cites “anyone working with [mobile core platform specialist] Affirmed Networks” as being a member of the cloud-native gang.

James had been hoping to hear about new shifts towards cloud-native deployments by telcos at this year’s MWC, “the ones going beyond PoC [proof of concept] stage and being live by the end of the year not everyone moves at the same pace. For the early movers, the migration to containers has started. Everyone is talking about it, but the actual capabilities are very spread when the rubber hits the road it shows,” she notes, without identifying any of the industry’s blowhards.

As ever with virtualization trends, industry collaboration is important, and Red Hat is in the thick of the developments at the Common NFVi Telco Task Force (CNTT), a joint effort by the Linux Foundation and the GSMA, and supported by major telcos and vendors, that is due to release a reference architecture for NFV infrastructure running on VMs in April. A second blueprint, focused on the deployment of cloud-native functions, is expected in October.

James is keen that the CNTT team “looks at realistic deployment scenarios.” She adds that Red Hat is in discussions with systems integrators about how best to introduce cloud-native processes into telco plans and deployments “and I hope the CNTT will help deliver on that.”

X-rated innovation
But even before broader cloud-native efforts there are some encouraging examples of how telcos can innovate with existing tools and public cloud platforms. X by Orange, a somewhat radical development by the international operator in Spain, stuck out as very different when it was announced in late 2018 because it didn’t use the Orange Spain network. Instead, it is essentially an over-the-top service play, targeted at enterprise customers, based on Red Hat cloud software hosted in the public cloud.

X by Orange is “the poster child of cloud-native [for a telco] because it’s all in the public cloud. It is also innovative from a business perspective. They have done everything for that in a cloud-native way. X by Orange has been able to go after a potential market and be very dynamic to see what customers liked and make adjustments. It’s a model that people really need to watch,” reckons James.

“Traditional [telco network] assets have the potential to slow down an operator,” she adds. “Orange has understood that it’s critical to focus on what customers are actually looking for and that forming a new operation, one with a new culture, is the way forward,” she adds.

Operators are certainly starting to show examples of that model, with the Visible pre-paid mobile service owned by Verizon another example, albeit different in its operation and focus.

“Telcos are now more open to having multiple strategies, multiple approaches to the market. That will play out much more in the edge most telcos have identified at least four ways of going to the edge,” notes the Red Hat woman.

Big Blue life
For James and her Red Hat colleagues, it’s all about remaining true to the open source vision, even under the ownership of ICT and cloud giant IBM, which closed its $34 billion acquisition of Red Hat last summer.

IBM, he adds, “hasn’t come in and told us what to do. It wants to find out how we can do business together it hasn’t changed the culture and the operations are very separate. Most in Red Hat have been pleasantly surprised.”

In terms of the telecoms sector, “IBM is much stronger in OSS/BSS and Red Hat is stronger in networks, so that’s complementary. That has been good from a business perspective,” she notes. “And we have been able to lean on IBM’s breadth and depth we can go beyond what we have been previously able to do. We have no intention of doing anything that is not open source we will stay true to that.”