Ribbon’s McClelland: 5G is one of our catalysts | Light Reading

17 Sep Ribbon’s McClelland: 5G is one of our catalysts | Light Reading

Posted at 10:33h in by fiberguide 0 Comments

Bruce McClelland is in the business of growth. For two thirds of his 30-year career in telecom, he shepherded Arris into a firm with $7 billion in revenues that was recently acquired by CommScope.

Earlier this year, he moved into a leadership role at Ribbon Communications, the company created in 2017 via the combination of Sonus and Genband, and bolstered by the subsequent acquisition of ECI Telecom Group.

“What really attracted me [to Ribbon] was the willingness of the company and the recognition that they needed to innovate and move out of just the Voice over IP technology into the broader data communications market space,” he said of his new role. 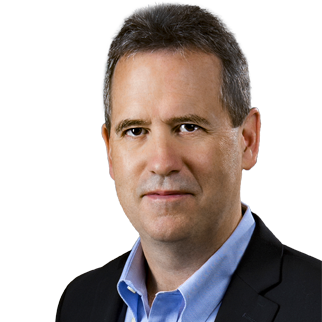 McClelland’s remit at Ribbon? Do what he did with Arris grow it.

“Today we’re a much smaller player than the market leaders,” he explained, adding, “we certainly have ambitions to grow, to leverage the footprint and the relationships we have with the classic Ribbon business, and really expand that to become a larger player around packet optical.”

McClelland said Ribbon would do so organically as well as by acting as “a catalyst around further consolidation in the market.”

The below discussion with McClelland has been edited for clarity and brevity.

Light Reading: You joined Ribbon right before the pandemic struck. How have things been going so far this year both in terms of Ribbon’s customers and employees?

I started just before the global lockdown started. And so, within three or four weeks, I was able to get around to almost all the main locations outside of India and get to meet the team, the employees and kind of quickly connect with people. And so I feel really fortunate that I was able to do that.

In a perverse way, [the lack of mobility during the pandemic] is not a bad thing. I wouldn’t necessarily choose to do it that way again, but it’s actually worked out to be pretty effective. It takes a lot of time and effort to get around and meet all the customers and reconnect with many of the people I knew already. I’ve been able to do that virtually very effectively. I probably wouldn’t have done it that way.

Light Reading: And how has Ribbon been navigating the pandemic in terms of financials? Is it overall ahead or behind?

McClelland: It’s been really a combination of both. There’s been pieces of our business that have been very robust, that are directly related to adding capacity to the network growth on the traditional VoIP side, as well as on broadband.

There’s been other pieces where maybe we’re out trying to win a new customer or there’s a new project trying to get started, where you need to really be physically on site. And some of that has been delayed. Obviously, there’s pieces of the enterprise market, which has been more impacted. So that portion of our business has been impacted.

But on the positive side, unified communications in particular has just exploded, the adoption rates really have been accelerated. And a piece of our business is directly attached to that. And that’s been really robust this year.

McClelland: I do like to simplify the story, because we have a lot of moving parts underneath.

We have a really robust foundation to the company around the traditional Voice over IP service provider market. I think that will continue for quite a long time. Not sexy, not high growth, but an important foundation for the company.

Growth for the company really comes from two areas: One is the work we’re doing in the enterprise space, the accelerated adoption of unified communications. We think there’s continued growth around that portion of our business.

The second piece really is around this new packet optical business. We’re obviously a relatively small player in the market today. I think we’ve got a great portfolio that we’ve proven internationally outside of North America. We compete head to head against the big guys: Ciena, Nokia, Huawei, ZTE and Cisco, in markets like India, Russia and Eastern Europe. We go head to head against them and win with a pretty good profit margin.

So the whole strategy here is to leverage that foundation, combine it with the Ribbon relationships with the Tier 1 carriers, and over a period of time, build up our presence and our market share into those markets.

Light Reading: Ribbon has been talking a lot about 5G lately. What role does Ribbon play in 5G?

McClelland: The main part of our strategy related to 5G is around the infrastructure refresh cycle.

Fortunately, ECI got a head start around this. They had some work going with China Mobile, early on, about 18 months ago. The value proposition there was to leverage 5G for advanced services, applications that really are going to leverage the lower latency, the higher capacity that 5G offers, as well as the private networking capabilities, the ability to take a slice of the network and offer that to enterprises. And it’s not just on the RAN [radio access network] side of the network, it’s on the infrastructure side, the optical layer, the packet layer.

That’s where I think we’ve gained some thought leadership, both in the industry and with the providers. It’s the primary reason that Bharti Airtel already selected us for their next-gen overlay packet optical network in India.

I think we’re going to build on that momentum as we build up our experience here in North America, as well as in Europe and in other regions.

Light Reading: How big is the 5G opportunity to Ribbon?

McClelland: It’s a little hard to tell what’s 4G and what’s 5G. And frankly, it doesn’t matter to me, as long as they’re spending the dollars.

If the optical space just at that layer is a $15 billion or so annual spend, including China and all regions, what portion of that can we address?

No matter how you do the numbers, it’s a big, big market for a company like ours. And so, the strategy is not just to grow at the market rate it’s how do we grow share? We think 5G is a catalyst for that. It’s a decision-making point to decide, what next set of technologies and partners do you want to work with?

Light Reading: How is the 5G market developing? Is it going fast or slow?

McClelland: If you’d asked me in January, I would have said, “No, things are progressing just about as you’d expect.”

These tend to be about ten-year cycles. The first two or three years is planning and preparation: vendor selection, all that stuff. And then you go through a three to four year period of big investment, shift over to the new technology. And then the last three or four years of the cycle, you’re adding incremental capacity, polishing the network.

We’re still in the early phases of 5G. So long ways to go.

I would say we’re probably delayed this year. I think we’re going to lose a year, perhaps, on the timeline for 5G infrastructure upgrade, just related to COVID and the glaze around that. Maybe I’m wrong; maybe it catches up. But there’s certainly been some delays this year related to that.