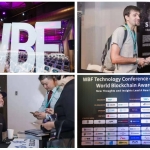 Posted at 11:00h in by fiberguide 0 Comments

S BLOCK is a digital multi-currency wallet built upon the inter-blockchain technology. Through an innovative wormhole communication protocol, it conducts a number of treasury operations for cross-chain transfers and remittances. Together with Interstellar remittance and lending contracts, it ensures the security of third-party for-profit service access and services. In addition, S BLOCK also promoted the offline payment scenario by building a complete ecological application system, and improved the usage rate and circulation rate of SBO to enhance its value.

S BLOCK teamed up with WBF to showcase a brilliant new technology carnival at Wall Street.

By issuing ATO (DAO’s tokens), DAO aims to attract global communities to participate in the development of S BLOCK through incorporating quality tokens such as DASH, HT and OKB, S BLOCK is able to build a new consensus worldwide. As operators, developers and traders gather together, S BLOCK is officially on its way to build the world’s largest Decentralized Autonomous Organization.