France’s telecommunications titan Xavier Niel has thrown legal shade on the mooted Swiss merger of UPC Switzerland and Sunrise, by suggesting his Swiss company Salt Mobile will now attempt to block the merger in court. 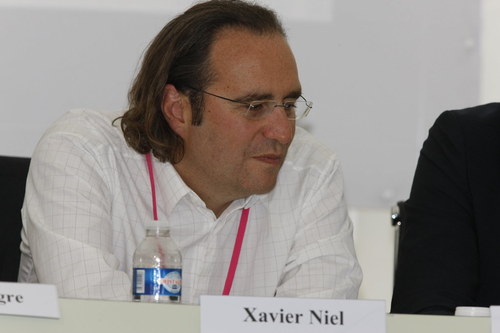 The deal, which ties up Sunrise with Liberty Global-owned UPC and its cable network infrastructure, would produce Switzerland’s second-largest telecommunications provider after Swisscom.

Liberty, based in Denver, Colorado, agreed on August 12 for its Swiss subsidiary UPC to buy Sunrise for $7.4 billion, creating a stronger challenger to Swisscom.

Salt argues, though, its rival Sunrise would be breaking the terms of a broadband fiber joint venture between the two companies, called Swiss Open Fiber.

Salt and Sunrise had agreed in May to build a fiber network to compete with Swisscom, Switzerland’s market leader.

Both companies had fumed over Swisscom’s control over the broadband network. The construction of their alternative was due to commence in the fourth quarter.

Pouring Salt on a marriage
Regulators had approved an earlier proposed tie-up between UPC Switzerland and Sunrise, in which Sunrise would purchase UPC.

The Swiss Competition Commission decided in September 2019 that deal did not create or strengthen a dominant market position. It had rejected an earlier merger attempt between Sunrise and Orange in 2010. (Orange’s Swiss arm was ultimately acquired by Niel in 2014.)

That arrangement foundered as Sunrise’s largest shareholder, Germany’s Freenet, rejected a proposed rights issue to fund the acquisition. Freenet, which has a 24.4% stake in Sunrise, did not object to the takeover going the other way.

UPC’s Sunrise acquisition, if it goes forward, is part of a recent buzz of deals consolidating broadband and mobile assets.

As Switzerland’s telecommunications battle lines increasingly become fought through courts and regulators, Sunrise has itself recently filed a claim in the Bern Commercial Court against Switzerland’s market-leading Swisscom.

Sunrise asked for damages of 350 million Swiss francs (US$385 million) plus interest against Swisscom for historic abuses of its dominant market position.

Regulators for their part have hinted they would prefer to see greater rather than less competition in Swiss telecommunications.

Switzerland’s Competition Commission said this week it will formally investigate Swisscom for abusing its market position as a broadband provider.