BROADBAND WORLD FORUM – One of the downsides to running an infrastructure business is the perennial need to upgrade or even replace that infrastructure. Britain led the world on the construction of railways but is now staring at a 100 billion ($130 billion) bill for a new high-speed line that will link the north to the south. Ageing tracks and trains are just not fast enough.

It is a similar story in telecom. The copper lines that provided phone services to homes and offices throughout the 20th century were good enough for the world’s original broadband services. To cope with expanding volumes of video, gaming and teleworking traffic amid the worst pandemic in living memory new fiber-optic lines are needed.

Rollouts have made telecom one of the most capital-intensive industries of the modern age. Last year, Deutsche Telekom’s domestic business invested about a fifth of its revenues in capital expenditure as it dug streets and erected masts. Compare that with food manufacturing, at the opposite end of the scale, where capital intensity can be as low as 3%. 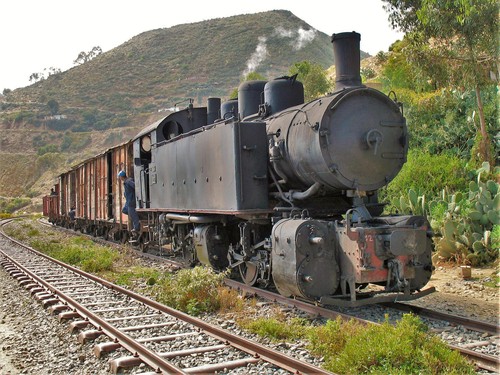 In need of an upgrade.

The situation partly explains why markets have taken fright. At the turn of the millennium, the share price of Telefnica, one of Europe’s biggest operators, traded at nearly 30 in Madrid. Today, it is worth just 3.12. Worth more than 4 in early 2000, Vodafone’s share price now trades at 1.13 in London.

Takeover splurges and mounting debts have wiped billions off the value of these firms. Yet investment activity that has not brought a hoped-for sales boost has also led to upset as US Internet giants have encroached. Right now, some of Europe’s main telecom players are pouring vast sums into new fiber-optic and 5G networks. Few analysts expect their revenues to grow.

But what if the current investment round is a peak? Replacing copper with fiber, and adding the mast infrastructure needed for nationwide 5G coverage, could be an overhaul that telcos do not have to repeat for years, if not decades. If that were so, capital intensity would fall across the industry and operators might acquire a different investment profile.

Cause for some optimism was provided by Enrique Blanco, Telefnica’s chief technology officer, during this week’s Broadband World Forum. “We are fully convinced by fiber because it is the much more future-proof technology that we can offer our customers,” he said. “Today we are offering them 1 Gbit/s, but this same access can be fully supporting 10 GPON and the evolution to 50 GPON, and this means all the capex we are doing is for the next 30 or 50 years.”

The GPON (or gigabit passive optical network) to which he refers is the industry’s preferred fiber-optic standard. Blanco’s rationale, essentially, is that Telefnica will be able to run more advanced and much higher-speed GPON standards on the same infrastructure it is now building at considerable cost. Last year, it splurged 8.8 billion ($10.4 billion) on capex, including spectrum licenses about 18% of its revenues.

In its domestic market, Telefnica is nearly done with its fiber rollout. By June, its results show it had covered 23.7 million premises with fiber-to-the-home (FTTH) networks in a country of about 18.5 million households. “We are extremely close to covering all the population with FTTH,” said Blanco. “The obsession we have today is how to migrate from copper to fiber and how to eliminate copper.” Do that, he explained, and Telefnica will be able to slash energy and real estate costs.

The pain outside Spain

Nevertheless, a major investment program lies ahead of his company in South America. In Brazil, Telefnica is now connecting about 200,000 homes per month to fiber, and yet just 13.1 million Brazilian premises were covered by its FTTH network at the end of June. Demand for high-speed broadband connections is also strong in Chile, said Blanco.

Telefnica now looks due to embark on a huge fiber project in Germany, too. In July, it told analysts it was looking for equity partners to build a network in areas overlooked by Deutsche Telekom and other broadband companies. Then, last week, Telefnica was said to be on the verge of signing a 5 billion ($5.9 billion) deal with banks and an unnamed infrastructure investor.

Although an industry source cited by Reuters expressed skepticism about the plan, private equity funds and infrastructure investors have a rosier view of network assets than stock markets have previously taken. A handful, including firms such as KKR and Cinven, have been amassing stakes in telecom infrastructure. And Cellnex, a European “towers” company whose owners include Blackrock and Canada Pension Plan Investment, has even watched its share price more than double since early 2019.

Those funds have taken the long-term view that, in a hyperconnected society, a high-speed network asset equates to a dependable, recurring source of revenues. If fiber turns out to be as “future-proof” as Blanco expects, the investment pain could be relatively short-lived.