Open RAN continues its turbo-charged ascent up the technology and political agenda. Telefnica Deutschland today poured extra fuel into the engine by asking European policymakers to fund open RAN vendors. It has also made a commitment to use open RAN at about 1,000 of its mobile sites. The question is whether a sector relatively unscathed by COVID-19 really deserves to benefit from Europe’s post-pandemic stimulus package.

Open RAN has quickly garnered attention amid growing unease about the dominance of Ericsson, Huawei and Nokia in the market for radio access network (RAN) products. Traditionally, an operator would buy all the RAN components at any given site from one of those suppliers. Attempting to mix them up would risk interoperability problems. 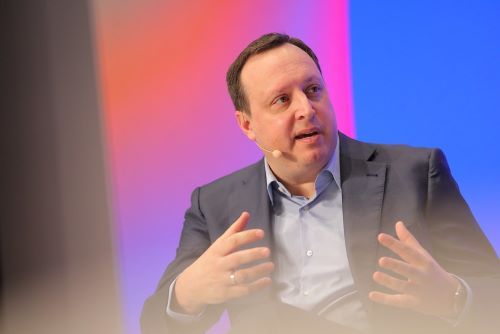 That has spurred telco interest in open RAN. Using new interfaces, this new-fangled technology should allow a service provider to combine vendors, buying RAN software from one provider and hardware from others. In doing so, it also promises a role for general-purpose kit rather than the highly customized equipment made by the big RAN vendors.

Telefnica has already been one of the loudest cheerleaders for open RAN within the Telecom Infra Project, a Facebook-led industry association whose stated goal is to spur network innovation and reduce equipment costs. Last August, Enrique Blanco, its chief technology officer, said up to half his RAN investments between 2022 and 2025 would be in open RAN technology. Weeks later, he announced a wide-ranging partnership, including joint procurement, with Japan’s Rakuten, the only company that can realistically claim to have built a major open RAN network in a developed market.

Show me the money

“We continue to work to unlock the value of these European programs because clearly there are industry-leading initiatives of some of the manufacturing being brought back to Europe, especially on open RAN,” said Markus Haas, Telefnica Deutschland’s CEO, when asked during a call with analysts if the European recovery fund could benefit the telecom industry.

“Open RAN should also be supported,” he continued. “There is high interest so that the overall industry, the vendor landscape, might change or might be empowered by additional funds in order to progress and accelerate open RAN.”

His remarks followed a statement and presentation in which Telefnica Deutschland promised to equip around 1,000 mobile sites with open RAN technology over an unspecified timeframe. While this number would equate to a fairly small fraction of the roughly 28,000 mobile sites the operator currently uses, it represents a bigger commitment than any other large European operator bar Vodafone has made to open RAN technology.

Mallik Rao, Telefnica’s chief technology officer, echoes the concerns of other service providers about the immature and largely unproven technology. Radios that work across different spectrum bands are still not ready, he told analysts this morning. More sites would need connecting to fiber lines for “backhaul,” the connection between basestations and the core network. Perhaps the main worry is that operators would have to work in what Rao called a “decomposed ecosystem.” A multivendor RAN network could be much harder to manage.

But the comments from Haas also betray anxiety about the lack of specialist open RAN vendors within Europe. Unless a local industry takes shape, European operators could be forced to rely on suppliers from outside the region. A source at another operator told Light Reading that today’s options are found predominantly in the US, Japan, South Korea and other Asian countries.

Telefnica Deutschland’s presentation includes evidence of that. While the company has not yet publicly “outed” the vendors that will build its 1,000 open RAN sites, it name-checks several likely partners, including Altiostar, KMW, NEC and Supermicro. Given Telefnica’s coziness with Rakuten, mention of Altiostar and NEC is no surprise both vendors figure prominently in Rakuten’s network, and Altiostar is majority owned by the Japanese firm but not a single one of the named suppliers is European.

Directing taxpayer funds into open RAN could, however, be controversial. European authorities have proposed a budget of up to 1.8 trillion ($2.2 trillion) “to help rebuild a post-COVID-19 Europe.” The idea is at least partly about modernizing European infrastructure and contributing to research and development. But critics may argue that offering support to a specific telecom technology is unmerited.

For starters, Europe is already home to Ericsson and Nokia, two of the three RAN giants, and both say they are investing in open RAN. It also includes a profusion of deep-pocketed telecom operators. Each year, those companies invest billions of euros in capital expenditure on telecom networks, as well as research and development activities. Several have also set up their own venture capital businesses. Just last week, France’s Orange said a new unit called Orange Ventures would have a pot of around 350 million ($425 million) for startup investments.

Perhaps more importantly, Europe’s telecom sector has suffered little during the pandemic compared with various others, including the airline, hospitality, tourism and retail industries. Telefnica Deutschland currently expects revenues to grow by at least 5% in the three years to 2022 and is also guiding for juicier profits. Today, it increased its proposed minimum dividend per share from 0.17 to 0.18.

“The last industry that needs subsidies right now is the telecom industry,” says John Strand, the CEO of advisory group Strand Consult. Commenting specifically on Telefnica, he said: “We are talking about a company that harvests billions of euros for spinning off towers, is highly profitable, has not been hit by COVID-19 and that is asking for subsidies from the European recovery fund.”

In the meantime, Telefnica Deutschland remains heavily reliant on Huawei and Nokia, each of which accounts for about one half of its existing RAN infrastructure. The prospect of substituting open RAN for those traditional suppliers in the next few years looks remote. As it densifies its network, Telefnica’s footprint is expected to grow to about 35,000 sites, meaning it is likely open RAN will be used for greenfield projects. Even today, the 1,000-site commitment represents less than 4% of the operator’s footprint.

A government-ordered swap-out of Huawei might create a bigger short-term opportunity for open RAN, but Haas clearly hopes this can be avoided. “All companies now need to go for security tests for network components,” he said. “The process is now being published. We clearly hope that in Q2 this year all vendors pass this test in order to foster the competitive landscape on that side.”