Telstra has waded into the 5G home Internet market, unveiling a service that can compete with Optus and the NBN.

Telstra launched the new 5G home service on a limited basis earlier this week, offering an A$85 (US$61) plan with a 500GB data cap and expected download speeds of between 50 Mbit/s and 300 Mbit/s.

It says it will scale up over the next 12 months as its rollout expands and with the availability of mmWave. 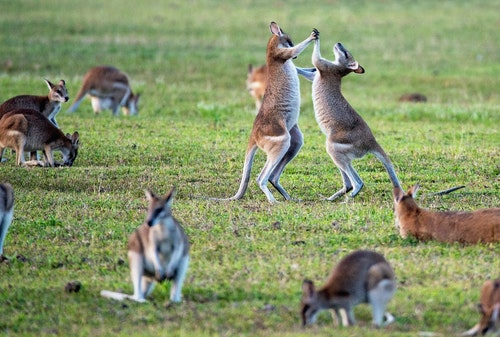 The Telstra move has sparked discussion about whether 5G is a direct competitor to NBN.

Optus, which has been selling a 5G home service for a year, introduced new 5G plans a month ago, priced at A$75 ($54) per month with unlimited data, and guaranteeing download speeds of at least 50 Mbit/s claiming an average of 214 Mbit/s.

The service is available to 420,000 households, around 5% of the national total. In public at least Optus pitches it as a niche service to in-fill NBN gaps.

The Telstra move has sparked discussion about whether 5G is a direct competitor to NBN.

Pretty clearly Telstra thinks so. For one thing, it has also beefed up its NBN-over-copper portfolio, resuming the 100Mbit/s service which it had suspended in February because of poor performance.

Michele Garra, head of the connected home & Business Executive unit, said the operator had “done a lot of work behind the scenes to ensure customers have a better experience with us” on the plan.

Telstra is also now offering premium NBN plans that guarantee up to 250 Mbit/s at peak periods.

Its prices are close to NBN prices, as well as offering value and convenience to several segments: renters, smaller households who can cope with the data caps, those without a home fiber connection and those who want to avoid the complexity of the NBN.

Certainly, Telstra’s chairman John Mullen thinks so, warning in March that Telstra saw as many as 10-30% of NBN customers as vulnerable.

Undoubtedly the arrival of 5G is one of the reasons behind the belated conversion of the NBN Co and its government owners to fiber last week. Under NBN Co’s new plan, another six million Australian households will enjoy a 1Gbit/s or better service over the next three years.

To put it in a broader context, Australia lags the developed world in fixed-line broadband, placing 67th in the Speedtest rankings, but it is in the top ten in mobile.

That’s partly the logic of its geography but also because Australians turned to mobile in the absence of fast home broadband. Now NBN, the state-backed broadband champion, is jumping to stay ahead.