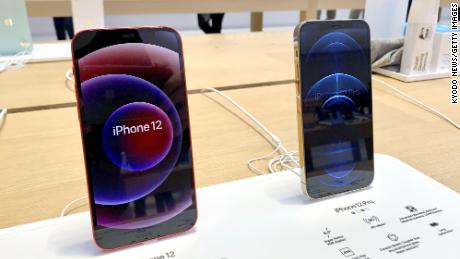 The company’s 3G network is still up and running — after Verizon previously said the old network would shut down at the end of 2020 — as it continues to shift customers to newer technology, including 4G LTE and its growing 5G network.”For several years now we’ve publicly stated that our 3G CDMA network is being decommissioned, however our 3G network presently remains operational,” Verizon spokesperson Kevin King said in an emailed statement.”Virtually all Verizon data traffic runs on our 4G LTE network, and as we actively work to decommission the 3G network we encourage customers still using 3G service to migrate to newer technology.”Verizon (VZ) has talked about decommissioning 3G for years — the 2012 release of the iPhone 5 resulted in a big shift of customers from 3G to the then-new 4G network. The process of winding down 3G began in 2014, when Verizon started reallocating spectrum to its 4G LTE network. At the time, analysts predicted 3G would be gone by 2018. The carrier’s 3G shutdown was delayed once before. Verizon initially planned to switch the network off at the end of 2019, but that year it told Light Reading that it would wait until the end of 2020. There’s no new date for when 3G will officially shut down, though Verizon says it is working to decommission the old network as soon as possible “while continuing to care for our customers.” Verizon stopped activating new 3G devices in 2018. Last year, it added other limitations around 3G service, including no longer allowing customers to activate their own 3G device on an existing line and not supporting 3G devices roaming outside the United States. In 2021, Verizon says it will no longer support certain types of troubleshooting for 3G devices. The company declined to disclose how many customers still rely on its 3G network. Verizon’s decision to delay its 3G shutdown probably has less to do with mobile phone customers still using the network — which are likely few in number — and more to do with “internet of things” devices, such as smart utility meters and home burglar alarms that are still connected to 3G and require more time and money to swap out, said Bill Menezes, director analyst at tech research firm Gartner.Still, Menezes said, “to the extent that you might be a consumer that has an old prepaid phone that still relies on 3G, it’s probably a good idea to be aware that this is going to happen at some point and to start making plans to move to 4G. [Otherwise] it’s going to get harder and harder to make a voice call.” In 2020, 3G users comprised just over 6.3% of total mobile connections in the United States, while 4G and 5G represented around 88% and 3%, respectively, according to network operator trade group GSMA Intelligence. In 2021, 3G is expected to shrink to 5.7% of total mobile connections, while 5G connections are expected to grow to around 14.5%. (This data includes mobile phone and data-only device connections, such as tablets, but excludes the kind of cellular IoT connections Menezes mentioned.) Transitioning to new wireless technologyVerizon, like other carriers, is eager to move customers onto the newer network after spending years and billions of dollars building out 5G. Running three different network technologies — 3G, 4G and 5G — is costly and inefficient at a time when carriers want to dedicate their resources to expanding 5G and the ecosystem of tools and capabilities that make use of the new network technology. “Obviously the sooner they can move off of 3G and repurpose that spectrum for 5G, the happier they’ll be,” Menezes said. In 2020, total spending on 3G wireless infrastructure in North America topped $435 million, compared to nearly $3.7 billion and $1.8 billion on 4G LTE and 5G infrastructure, respectively, according to December forecasts from Gartner. In 2021, Gartner estimates $246 million will be spent on 3G infrastructure, versus nearly $2.8 billion on 4G LTE and $3.3 billion on 5G. Throughout the past year, Verizon continued to expand access to its superfast wideband 5G network, and in October the company announced that it had activated its nationwide, low-band 5G network.Apple’s October release of the iPhone 12, the first 5G-enabled iPhone, is widely expected to help boost adoption of the new network technology, though consumer uses of 5G remain fairly limited at this point.