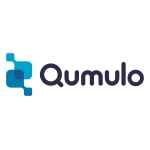 Posted at 07:01h in by fiberguide 0 Comments

“Our GPU rendering turn-around speeds are radically fast. We selected Qumulo’s file storage to support the imminent 8K standard, and immediately put it to the test on 4K shows, with more than 30 artists hitting it hard 24 hours a day, seven days a week. Qumulo’s file storage performed flawlessly and has exceeded our expectations,” said Sebastian Bilbao, MARZ’s chief technology officer. “With our studio’s fast-paced growth, we would have been dead in the water if we had not taken rapid steps to upgrade to a file storage system that met our challenging requirements.”

Since deploying Qumulo’s file storage, MARZ has been able to double its rendering workloads and has tripled its previous storage capacity, all with a smaller storage footprint.

“File storage is at the heart of modern editorial, VFX and rendering workflows. Studios like MARZ that are at the forefront of delivering feature film quality on tight timelines require fast, simple, and reliable storage for their artists,” said Eric Scollard, vice president worldwide sales for Qumulo. “Qumulo is the recognized leader for powering high-speed GPU rendering with high-performance, massively scalable, intelligent file storage technology that customers can run on-prem or in the public cloud.”

Blog post: Can I Really Use 100 Percent of My Storage? With Qumulo, the Answer is Yes!

Qumulo is the leader in enterprise-proven hybrid cloud file storage, providing real-time visibility, scale and control of your data across on-prem and the cloud. Qumulo’s real-time analytics help save time and money while increasing performance. Built to scale across the data center and cloud, Qumulo’s software-defined file system enables programmatic configuration and management of usage, capacity and performance. Qumulo has completely redefined customer success by continuously delighting customers with new capabilities, 100 percent-usable capacity and direct access to experts. For more information, visit www.qumulo.com.

Qumulo and the Qumulo logo are registered trademarks or trademarks of Qumulo, Inc. All other marks and names herein may be trademarks of other companies. Copyright © 2019. All Rights Reserved.
Contacts
A3 Communications for Qumulo
Federica Monsone
[email protected]+44 1252 875 203