Vodafone is to carry out a restructuring of its networks and technology departments that will put Scott Petty, the current chief technology officer of its UK business, in charge of digital and services at group level, Light Reading has learned.

Under the forthcoming shake-up, Alberto Ripepi, the group’s deputy chief technology officer, will assume group-wide responsibility for all network-related activities.

Both men will report directly to Johan Wibergh, who will remain in the chief technology officer role. 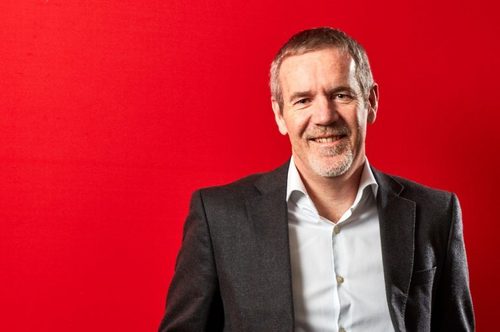 Vodafone UK CTO Scott Petty is to become director of digital and services at group level.

The executive moves form part of a wider technology strategy to standardize processes, code creation and infrastructure across a global footprint.

Vodafone’s operating companies have previously taken different approaches to IT and network development, but standardization at a group level could bring cost savings and other efficiency benefits.

It is unclear at this stage if it would mean changes to the operator’s procurement strategy and choice of technology suppliers.

But an international plan for digital and IT, which Petty will direct, could support a multinational rollout of IT and cloud services developed in-house or with Internet partners such as Amazon.

That could support efforts to generate non-connectivity revenues from cloud services and the Internet of Things.

Vodafone is set to launch a 5G-based “edge” computing service in the UK and Germany this year, using software developed by Amazon Web Services to cut latency the time it takes for a data signal to travel across the network.

The improvement could spur the development of new applications that demand low-latency connectivity, and Petty has already led tie-ups with several application developers, including Digital Barriers, which provides video analytics for cameras worn by emergency-service workers, and Groupview, whose technology could aid voice communications over streaming video platforms.

The move into a group director role is a step up for Petty, who has led the UK subsidiary’s early rollout of 5G and been a prominent supporter of open RAN, a fledgling technology that would allow operators to mix and match component suppliers in more software-based mobile networks.

Vodafone is the only one of the UK’s four mobile network operators to have made a firm commitment to open RAN, promising to use it across 2,600 sites currently served by Huawei.

UK authorities last year introduced rules that will require operators to replace Huawei in their 5G networks by the end of 2027, after deciding the Chinese company is too great a risk to national security.

Petty’s promotion will obviously create vacancies that need filling in the UK and could position Andrea Dona who has reported to Petty as head of UK networks for a more senior role.

The shake-up comes at an interesting time for the market as operators weigh their relationships with network equipment providers and Internet companies.

Interest in open RAN has been fueled by concern about the lack of alternatives to Ericsson, Huawei and Nokia in the market for radio access network products.

Vodafone this week became one of four service providers urging European authorities to provide support for local open RAN players, with some operators apparently worried about future overreliance on Asian and US vendors.

At the same time, operators have been forming closer tie-ups with public cloud giants as they launch new edge-based services and look for savings on IT expenditure.

Partnerships with Amazon, Google and Microsoft have raised questions about the roles that operators could play in the future ecosystem.

In a September blog for the Vodafone UK website, Petty said Vodafone would be “a totally different company five years from now,” citing a need for more software development and engineering skills with the launch of cloud-based technologies.

The staff changes and restructuring are unlikely to happen for several months, Light Reading understands.