Nick Jeffery is quitting his job as chief executive of Vodafone UK to join Frontier Communications, a bankrupt US broadband operator active in about 25 states.

Jeffrey will serve his last day at Vodafone on February 15 after spending about four and a half years at the helm of the UK mobile operator, which has been one of the better-performing parts of Vodafone’s European business in the last couple of years.

Vodafone said he would be succeeded by Ahmed Essam, currently Vodafone Group’s chief commercial operations and strategy officer, who will take up his new role on February 1.

Alex Froment-Curtil, the CEO of Vodafone Turkey, will step into the chief commercial officer role. His replacement at the Turkish business has not been revealed. 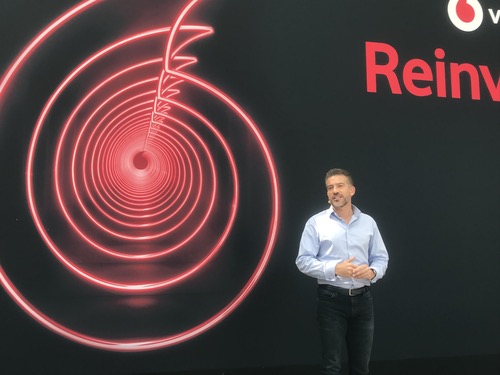 Analysts commenting on Twitter viewed the departure as a loss for the UK operator, which has been a more competitive force in the UK telecom sector since Jeffery took charge.

“Jeffery has overseen a move to a more disruptive Vodafone, underpinned by a big focus on unlimited data as part of efforts to reinvigorate the business,” tweeted Kester Mann, an analyst with CCS Insight.

Gabriel Brown, a principal analyst at Heavy Reading, wrote that “Jeffrey seemed to have an understanding of the customer (which has not always been the case for Vodafone execs, especially in the UK).”

Under Jeffrey, Vodafone has launched 5G services and forged a partnership with CityFibre, a wholesale rival to BT, for the rollout of high-speed fiber-optic networks to millions of UK homes.

Its reputation for service quality has also improved, thanks partly to investment in higher-speed networks, including radio access and backhaul systems.

Amid the coronavirus pandemic, service revenues at the UK business fell 1.2% in the first six months of the current fiscal year, to about 2.4 billion ($2.9 billion), compared with the year-earlier half. Vodafone also added another 326,000 contract customers in the year to September, giving it nearly 12.9 million altogether.

Besides the pandemic, the year has brought a UK government backlash against Huawei, a Chinese equipment vendor that supplies products used at about one-third of Vodafone’s mobile sites.

Vodafone looks determined to use alternatives to Ericsson and Nokia, the other traditional suppliers, as replacements for Huawei. A few weeks ago, it said it would invest in open RAN a new technology designed to let operators mix and match equipment from different vendors across about 2,600 mobile sites currently served by Huawei.

Heavy Reading’s Brown described the appointment of Essam as a “high-risk move” by Vodafone, saying his bio “reads like a corporate exec, rather than someone who has a feel for what customers like and want.”

Frontier seems bound to have offered a lucrative package to lure such a well-respected executive from what is generally regarded as one of the world’s most competitive mobile markets.

Jeffery will succeed Bernie Han, whose was appointed CEO in December last year and charged with guiding Frontier through Chapter 11 proceedings.

The operator now expects to emerge from Chapter 11 early next year and clearly hopes Jeffery can deliver similar improvements at Frontier to the ones he made at Vodafone.

Frontier said it would have a pro forma debt-to-earnings ratio of less than 2.5 after the recapitalization of its balance sheet, a process that has cut debts by roughly $11 billion and annual interest expenses by $1 billion.

It also now boasts a fifth straight quarter of growth in fiber-optic customers in its consumer broadband business and claims to have seen improvements at its wholesale and enterprise divisions.

Frontier filed for bankruptcy in April 2019 after racking up billions of dollars in debts while expanding into new markets. It has sold assets in a few states in a bid to reduce borrowings.

But Jeffery may have his work cut out in the US given Frontier’s dreadful historical reputation for customer service and network quality.