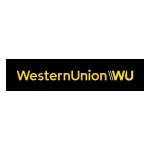 Posted at 09:08h in by fiberguide 0 Comments

Customers of Japan’s oldest remittance company KYODAI Remittance, a service of Unidos Co., Ltd., and Korea’s leading fintech company Hanpass, became the latest collaborators to move funds globally through Western Union. Their customers may choose to pay out into billions of bank accounts in more than 100 countries, millions of wallets in a dozen countries or the Western Union® retail Agent network across 200 countries and territories.

During his visit to Asia, Hikmet Ersek, CEO, Western Union said, “More global brands are turning to Western Union for cross-border money transfer solutions that provide their customers the ability to transfer money quickly and reliably to almost anywhere in the world. The expansion of our open platform initiative into Asia with leading financial institutions is a decisive step towards the execution of our strategy to tap into incremental growth opportunities.”

KYODAI Remittance and Hanpass join a growing group of leading global and national brands that have partnered with Western Union to expand or enhance cross-border money transfer and payment capabilities for their customers. Other platform partnerships include:

Korea’s leading bank KEB Hana Bank enables its foreign national customers to move money from its app across the world through Western Union.

Russia’s major bank, Sberbank, allows its over 50 million customers to send money from its app to the world.

Saudi Telecom’s STC Pay allows its 2.5 million app users to send money from its app to the world.

These collaborations with KYODAI Remittance and Hanpass are live today with payout functionality available immediately.

The Western Union Company (NYSE: WU) is a global leader in cross-border, cross-currency money movement. Our omnichannel platform connects the digital and physical worlds and makes it possible for consumers and businesses to send and receive money and make payments with speed, ease, and reliability. As of June 30, 2019, our network included over 550,000 retail agent locations offering Western Union, Vigo or Orlandi Valuta branded services in more than 200 countries and territories, with the capability to send money to billions of accounts. Additionally, westernunion.com, our fastest growing channel in 2018, is available in more than 70 countries, plus additional territories, to move money around the world. With our global reach, Western Union moves money for better, connecting family, friends and businesses to enable financial inclusion and support economic growth. For more information, visit www.westernunion.com.

Kyodai Remittance is the brand name of Unidos. Co, Ltd. Unidos was established in 2000 to support home money transfer for the Peruvian community in Japan. Under the Funds Settlement Act in 2010, Unidos was registered as a money transfer company (Registration: Money Transfer Agent Kanto Regional Financial Bureau 00004) and started the service “KYODAI REMITTANCE” for all nationalities in Japan to all destinations in the world.

Since then, Unidos has provided a fast and safe remittance service to customers built around confidence, respect, know-how and experience. Unidos’ greatly diversified international staff communicate directly to each community in its own language and demonstrate a key understanding of differing cultures.

The company’s headquarters are in Shinjuku, Tokyo, Japan. A face-to-face remittance service is provided in 18 locations in Japan so far.