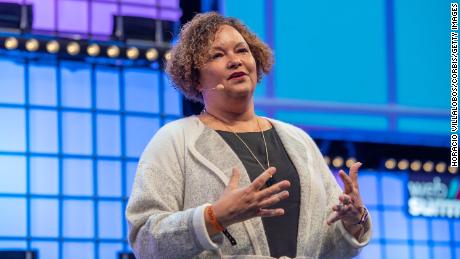 Lisa Jackson, Apple’s vice president of environment, policy and social initiatives, said the US’s energy system was meant to bring power to as many people as possible, as quickly as possible. But wildfires in California highlight the need to invest in technology to improve that system and make it more resilient. “Investing in our energy system is much more forward looking than defending the old systems,” Jackson said. “A new energy system is what we need.”Jackson made the remarks during an interview with CNN Business Emerging Markets Editor John Defterios at a San Francisco Apple store on October 11.Equipment from utility company Pacific Gas and Electric has been blamed for starting deadly wildfires in the state in the past and the company has filed reports saying that its equipment may again be linked to at least three of the more than a dozen recent fires. PG&E also faced criticism in October for intentionally cutting many customers’ electricity in a bid to avoid lines sparking fires during windy, dry conditions.The interview with Jackson occurred just weeks before the start of the massive Kincade wildfire in Sonoma County on October 23, which as of Wednesday was mostly contained and hasd consumed nearly 80,000 acres. At the same time, several other wildfires in various states of containment burned throughout California.Jackson also said she believes California in particular can “set the pace” for clean energy in the US. The state has a goal of meeting all of its electrical needs with carbon-free power sources by 2045.Apple, which is based in Cupertino, California, met a company goal to run its offices, retail stores, data centers on 100% clean energy back in 2018. The company has also convinced 44 of its suppliers to commit to doing likewise for the production of Apple products.Tech companies’ actions related to climate change have also been a key issue among their workers: Google employees, for instance, published an open letter Monday addressed to the company’s chief financial officer, demanding it come up with a climate plan that includes a commitment to being emissions free by 2030. Such a plan would be similar to those asked for by employees at Amazon and Microsoft.