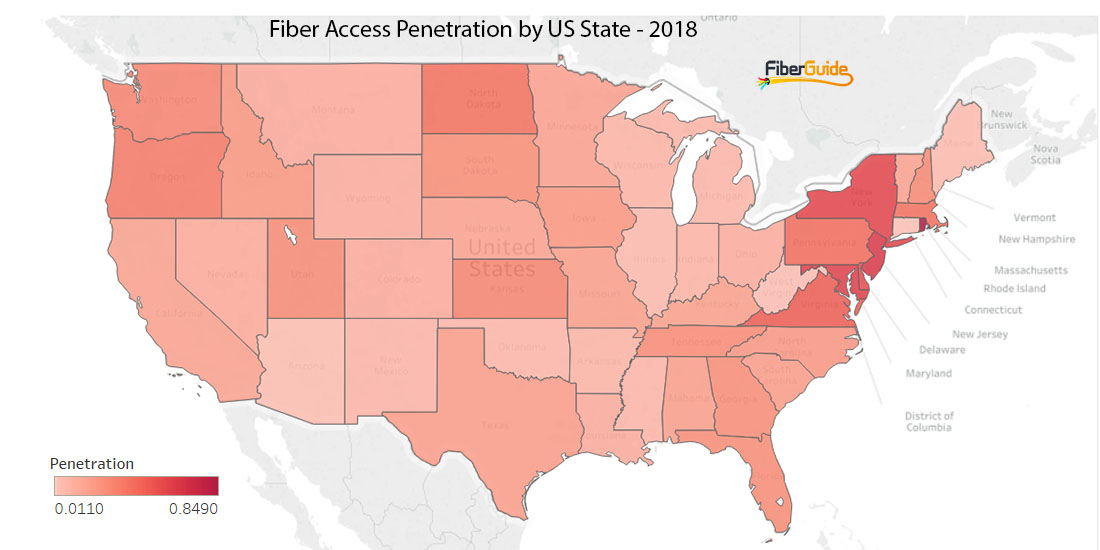 The chair of the Federal Communications Commission (FCC), Ajit Pai, recently proposed an order to put $500 Million funding towards closing the rural-urban digital divide. While this signals an acknowledgement of the divide by the federal government, it doesn’t even begin to scratch the surface. In this article, I focus on how differently urban and rural businesses (especially SMEs) access the Internet.

Reliable high speed Internet is an absolute must for all businesses, large or small. Increased use of cloud services, increased heavier emails with large attachments, video conferencing and VoIP are not only increasing demand for higher speed connectivity, but also the quality of connectivity. But there exists a serious disparity in Internet access offered by business Internet providers in urban centers and in rural and underserved communities. While some SMEs in New York City or Washington DC Metro can access up to 10 Gbps (10,000 Mbps) of symmetric, low latency and dedicated access to the Internet, an SME in Caseyville, Mississippi, will be lucky to get a 1.5 Mbps dedicated T1 line to the Internet.

In recognition of the ever growing demand for bandwidth, carriers, vendors, institutions and International standards organizations have been relentless in their effort to develop high speed transmission systems. The development and standardization of 40G/100G systems was complete in 2010 and 400G was ratified by the end of 2017. 100G is now widely deployed by major carriers while many have trialed or are deploying 400G. Coupled with DWDM technology that multiplexes multiple higher speed channels into single fiber strands, carriers are developing very high speed networks that connect cities, countries and continents together. By peering their backbone networks together, these Tier 1 providers end up with a very fast global Internet backbone. Tier 1 carriers include Level3 (now CenturyLink), Cogent, GTT, Telia Carrier, NTT Communications, Tata Communications and Telecom Italia Sparkle.

An optical fiber connection is the ultimate medium for high speed and high quality access to the Internet. Unfortunately, the penetration of optical fiber directly to premises is very low in the United States – only 25%. In many cases, operators have to combine the high speed capacity of the fiber and the ubiquity of copper infrastructure. Optical fiber is installed as close to the premises as possible and copper is used to complete the connection.

In a Hybrid Fiber Coaxial (HFC) or cable, fiber is deployed to a node near the premises and coaxial copper completes the link. Using Data Over Cable Service Interface Specifications (DOCSIS 3.1), cable providers are now able to connect businesses and homes to the Internet at gigabit speeds.

Businesses whose buildings are connected by fiber can access the Internet using the increasingly popular Ethernet standard. Gigabit Ethernet is readily available and 10GbE is being offered in selected markets with the possibility of upgrading to higher data rates. The flexibility of Ethernet makes it possible for businesses to subscribe to lower data rates and request for increments when required.

The digital divide and business Internet connectivity in rural America

Most of the developments in advanced wireline connectivity discussed above are being deployed in urban areas. While the 2018 overall fiber optic access penetration in America is 25%, there is a wide variability from state to state ranging from 1% (Connecticut) to 85% (Rhode Island). The city to city variability is even wider, with many small cities without any fiber access while some, such as Washington DC, have over 50% penetration.

In rural areas, ADSL central offices are usually far from the subscriber. In addition to the lower speed capability of ADSL, the technology is sensitive to distance and the speed is even lower for those furthest from the central office. While T1 lines are known for their reliability and ability to offer dedicated access to the Internet, speeds are typically limited to 1.5Mbps – too low for today’s business requirements.

Moreover, the FCC has eased the regulation that required network providers to maintain copper land lines as providers migrate to HFC and fiber optic access. While the migration to these higher access technologies are welcome, they are not likely going to cover all rural and other underserved areas in the foreseeable future. Thus, we may end up with a situation where network providers eliminate their copper loop in rural areas without any immediate wireline replacement.

Satellite broadband has many shortcomings that make it the least suitable broadband access technology for business applications. Because of the limited bandwidth, satellite broadband access is relatively expensive – as high as $500 for a 25Mbps connection in some markets. The subscriber also has to invest in satellite MODEM and antenna (dish). With Geostationary satellite systems, 22,000 miles from earth, latency is a hindrance to some applications such as VoIP.

In general, it is important that access networks are rapidly improved to keep up with developments in global and other long distance networks. While access technologies are being developed to prevent a bottleneck in communication networks, their deployment far lags their development. This lag in deployment is more evident in rural and underserved areas where some businesses still rely on T1 lines, developed in the 1960s, for their most critical of connectivity requirements.

The consequence is that the social and economic development gap between rural and urban areas will continue to grow. It is understandable that the private sector alone cannot develop the modern access infrastructure required in the rural areas because the investment cannot justify the returns.

The country has to go back to basics and invest in rural broadband.  In the 1930s and 1940s, the federal government established a system of loans and grants to assist with the deployment of electricity and phone lines to every corner of the country because they were considered essential utilities. It can be argued that today, broadband is an essential utility.