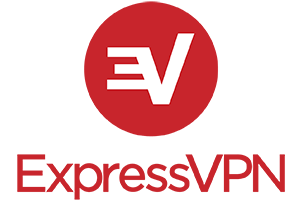 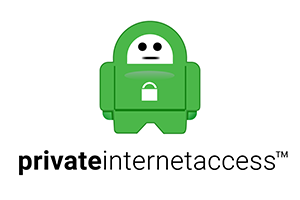 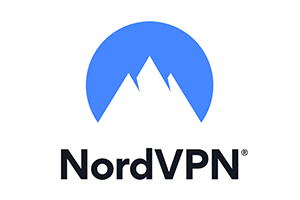 What is a VPN?

A VPN or virtual private network is a form of private wide area network (WAN) that connects two or more locations over the public Internet or a private network. The main purpose of a VPN is to provide secure communications for individuals, institutions, and businesses. There are consumer and business (or enterprise) VPN services.

To protect their investments from industrial espionage, sabotage and other malicious activity on their asserts, security is of utmost importance to enterprises.  The more information and communication technologies expand, so is the challenge for enterprises to secure their communications. The recent COVID-19 pandemic is further driving remote working and further drive the need for improved network security. According to a recent study commissioned by Juniper Networks , 97% of respondents surveyed

indicated that they experience significant challenges when attempting to effectively secure their organization’s network. Enterprise VPN is an integral part of the cybersecurity strategy of enterprises and can be divided into remote access and site to site VPNs.

A remote access VPN provides security between an individual user and a network. As more and more people work from home to access their organizations networks, VPN services are required to prevent others from intercepting their communications. A remote access VPN consists of user VPN software that encrypts and decrypts data that is being received or sent. A VPN gateway or network access server (NAS) at the enterprise local area network (LAN) authenticates devices trying to connect to the VPN. It decrypts data received from the remote device and encrypts any data being sent to the remote device.

For many enterprises, especially those with multiple locations, connection between their sites is achieved through carrier grade private networks for reliability, flexibility and of course -security. After all, the public Internet is sometimes referred to as best effort connection which is prone to high downtime. In a site to site VPN, a single virtual private network is shared across a number of locations, typically over a private physical network. In this case, the VPN client software is hosted on each location’s local area network instead of the individual’s device.  Site to site VPNs are an integral part of networks such as multi-protocol label switching (MPLS) and carrier Ethernet, which continues to gain prominence.

Ethernet VPN or EVPN is a relatively new carrier network VPN technology used to securely connect dispersed enterprise locations. Like other VPNS, the EVPN consists of customer equipment, such as routers or switches and equipment at the providers that perform the encryption and decryption as described earlier. A provider can thus configure VPN equipment for multiple customers and create multiple virtual customer private networks over the same physical network.

Another implementation of Ethernet based VPN is the Virtual Private LAN Service (VPLS).  A VPLS is a point to multi-point topology which enables enterprises to connect geographical dispersed LANs into a single virtual Ethernet LAN. An organization with presence in London and New York, for example, can have its local area networks in those regions securely configured into a single VPLS.

A consumer VPN service is a simple VPN implementation for individual users wishing to connect to the Internet securely. The user subscribes to a provider for a low monthly fee and downloads and installs the client software. As in remote access VPN described earlier, the client software encrypts and decrypts data that is being sent or received to or from the Internet. Your Internet service provider (ISP) receives the encrypted data and forwards it to your VPN provider server for decryption and forwarding to its destination.

In its most basic implementation, a VPN consists of a user’s computing device and a VPN server. The VPN serves two fundamental functions:

The potential risk of using a VPN lies with the VPN provider. Although your VPN provider is committed to your privacy on the Internet, they may be coerced by governments into revealing your information and may find themselves without a choice if your activities are logged on their servers. With a no log policy, VPN providers do not store information about your Internet activities on their servers. So even if they are pressured into revealing your information, there will be nothing to reveal. As you shop for a VPN provider, make sure they have a no log policy.

The additional connection distance from your ISP to the VPN server introduces additional latency that can slow your Internet connection. When shopping for a provider, chose one that is not too far from your ISP. However, in some cases security may be more important than Internet speed. If you are based in Harare, Zimbabwe, for example, and want to appear like you are in Honolulu, then a VPN provider with a server in Honolulu might be the most ideal for you, even though it will significantly impact your Internet speed.

For those that might need even more security over and beyond the VPN, the Tor might be an option.

The Tor is a non-profit project that conducts research in Internet privacy and anonymity. It consists of volunteers with many servers through which your communication can be bounced around many times before it gets to its destination. This makes it extremely difficult even for sophisticated agents to trace your Internet activity.

Why use a consumer VPN service?

We all need to use some form of VPN for security and privacy. The convenience and affordability of the Internet comes with it many forms of intrusion into our lives. Everything we say, everything we do and everywhere we go is subject to monitoring by individuals, governments, corporations, and organizations for a myriad of purposes. The leaking of the Central Intelligence Agency (CIA) hacking tools by WikiLeaks – #wikileaksciadump – is another reminder that Internet users should take special precautions to protect their privacy. While the CIA is unlikely to target ordinary individuals, the availability of these resources in the public domain will arm cyberpunks with the tools to cause harm to unsuspecting individuals. The following are some of the reasons why some consumers use VPN services.

Online harassment is increasingly becoming a cause for concern. In a few cases, what starts as disagreements online can lead to harassment and may ultimately end up in physical stalking and even assault. In the USA, there has been a rampant increase in cases of online harassment and even death threats since Donald Trump became president. The President’s overzealous supporters have targeted journalists, individuals, and people of certain religious faiths.

One recommendation to guarantee safety in the face of online harassment is the use of a pseudonym. But for a pseudonym to be effective, one must separate their online identity with their true identity by ensuring that nobody can trace where they are connecting from. The use of a VPN service ensures that one’s location is not easy to trace.

More and more companies are playing “big brother” on their employees by monitoring everything their employees do online, including on their private devices connected to a company network or Wi-Fi. Even for the hardest working and rule abiding of employees, there is always the need to make that quick personal email to a child, spouse or parent or a quick research online for something important and personal without somebody else snooping. By turning on your VPN service on your smart phone or personal computing device while communicating from the company Wi-Fi, you can have peace of mind that your private communications are what they are supposed to be, private.

In repressive countries, citizens that are opposed to the government live under constant fear of being monitored online. In extreme cases, writing against dictators online could lead to incarceration or even grievous bodily harm. The mobile and online monitoring that culminated in the gruesome murder of the USA based Saudi journalist and political activist, Jamal Khashoggi, is a reminder of how a simple VPN service might help activists avoid tracking by ruthless regimes.

In some African countries, cybersecurity has taken on a new meaning. It could mean security against the opposition that is oftentimes portrayed as the enemy. A secure VPN can protect their online conversations and activities and avoid being monitored and risk being punished.

By masking your IP address, the VPN service helps you to go private online. You can visit pages  with an assumed identity so that no one can tell what you do online. China is an extreme society in which the government monitors citizens and rates their trustworthy. Those who write online, criticizing the government or contradict their narrative of events, get a low score and their access to the Internet may be throttled. While certain VPN services are prohibited in China, some savvy citizens have found a way to subscribe to overseas VPN services and try to protect their privacy.

In Europe and the USA, governments enact regulations requiring ISPs to share user activities online in the fight against terrorism. While most citizens sympathize with their governments’ fight against terrorism, nobody wants their communications to be indiscriminately monitored. This has been one of the driving factors for the use of VPN services, including by journalists who take advantage of the services when communicating with their news sources.

A lot of online snooping and hacking takes place over public Wi-Fi in airports and other public spaces. Data over Wi-Fi may not be encrypted and maybe unsecured and vulnerable to man-in-the-middle attack in which a cybercriminal can manipulate the vulnerability of the network to intercept your data. They may be able to sniff out important information such as browsing activity, logins, and purchase transactions. You may also be vulnerable to a rogue hotspot – one setup to mimic a genuine hotspot but allows the owner to capture your data. A VPN is an easy and cost-effective way of protecting against such machinations.

In an effort to control what their citizens can see, certain governments block certain online content from their citizens. In Saudi Arabia, many websites are not accessible from the country including website with content on Cannabis Sativa, Christian communities, profanity, homosexuality, and many others. In Iran, a large number of western media websites are blocked while in China a large number of American company websites, including Google, Twitter and Youtube are blocked. Many more countries are guilty of controlling what their citizens can see online. Some citizens from such countries have successfully used VPN services to appear like they are surfing the Internet from a different country, giving them the ability to view restricted content. In countries such as China, the government require citizens to use approved VPNs which cannot bypass restrictions to content. But where there is a will there is a way, many citizens have found ways of using the unapproved VPN software to access any content as they so wish.

While Netflix offers its movie and television services in over 190 countries, the content offered in each country is different. The United States has the largest library of content one can watch while others might have very little. Imagine that you are an American traveling overseas and realize that you are restricted from watching movies that you subscribe to at home. A VPN service can make you appear like you are streaming from the USA and get you the full suite of content available.

While most consumers use VPN services for ethical purposes, there is a cross section of society that take advantage of VPN services for nefarious activities such as drug dealing, child trafficking, terrorism, and other illegal activities.  The movie and music industries are losing huge sums of money because of the illegal sharing of movies and music. Motion Picture Association of America (MPAA) and other movie and music associations routinely clamp down on perpetrators by pretending to be sharers or by eavesdropping on ISPs.  By using VPN, many have avoided being caught and avoid facing prosecution or civil lawsuits. It is such activities that may give some authorities the justification to clamp down on the use of VPN, even for noble causes.